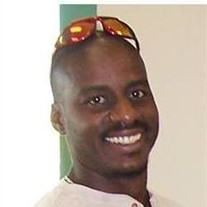 A.B. Walls, Jr., passed away August 31, 2014. He was born March 24, 1962, to A.B. Walls, Sr., and Robbie Beatrice Ivory in Salt Lake City, UT. He grew up in Draper, UT, where he enjoyed biking, sports, and making trouble with his brothers. He played many sports like baseball and basketball, but truly excelled in football where he held many of the records for most yards at his high school, and also track which he placed in the state championships his freshman year . He moved to Las Vegas in 1990 in hopes of finding better work to support his young family. He spent 24 years working as a plumber and pipefitter for UA Local #525. He was married to Jana Lindsey whom he had 4 daughters with but later divorced; she preceded him in death in 2008. A.B. was always good for a laugh with his infectious smile, everyone’s friend and enjoyed serving others. He loved watching his favorite team the Dallas Cowboys, camping and fishing. He may have had all daughters but he raised them to be tough, and taught them that they could do anything that the boys could do, and if they couldn’t do it, well, that’s what Daddy was there for. He was very proud of his daughters and grandchildren and talked about them to anyone that would listen. Family was very important to A.B. He is survived by his parents, A.B. and Robbie Walls, his brothers Gerald Walls and J.C. Walls, his sisters Sherry Walls and Winnetka (Brent) Heckler. He had 6 beautiful daughters Nicole (Hank) Pyle, Audrey (Tony) Kasallis, Tausha (Diego) Rodriguez, Hali (Wayne) Phelps, Hannah Walls and Kylie Walls. He also had 4 granddaughters, 9 grandsons, nieces, nephews, aunts, uncles, cousins and many friends. Funeral services will be held at Calvary Baptist Church 1090 S. State Street, Salt Lake City, UT 84111 on Wednesday, September 10, 2014, at 12:00. The viewing will be at 11:00 prior to the funeral services, and the interment immediately following the services at Redwood Memorial Estates 6500 S. Redwood Road, Salt Lake City, UT 84123.

The family of A. B. Walls Jr. created this Life Tributes page to make it easy to share your memories.