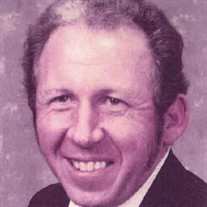 Albert Neff Smith, 85, died surrounded by loved ones on February 25, 2020. Born January 6, 1935 in Murray, Utah to Edwin Woodruff Smith and Ethel Olga Akert, the eighth of nine children. He was born at his family’s farmhouse in Holladay. Due to a quarantine from a measles outbreak, they would not let his mother go to the hospital. He was raised and lived there his whole life. He grew up working hard and playing hard. Being a country boy was part of who he was. He graduated from Granite High School, served a mission for the Church of Jesus Christ of Latter-day Saints in England, and then went on to attend Brigham Young University and the University of Utah in the area of fine arts. Albert was a talented artist and fed his passion by creating many watercolor and oil paintings. Albert served in the Army National Guard from 1957 to 1963. On July 2, 1959 he married the love of his life, Norine Fetzer, in the Salt Lake Temple. Together they were a perfect pair. He joined his brothers at J&L Garden Center in Centerville, Utah where he worked for many years as a nurseryman. He was also a talented baker, chef, florist, and caterer. He used his many talents over the years while running his catering business, Al’s Touch, and as the Head Baker at the Lion House Bakery. He was an active member in his church and served in many leadership positions. He was a scout master for over 14 years and loved every minute of it. Dad was a scouter for life and was very proud to be awarded the Silver Beaver recognition award, among many others. He always went above and beyond everything he was asked to do. He enjoyed being with his family and nothing made him happier than to spend time with them. He had a way of making you feel like you were the most important person. While often stubborn and obstinate, he was a kind and gentle man who cared for everyone and everything around him, including the beautiful garden he maintained up until his final days. He was loved dearly by his grandchildren who looked forward every year to the annual birthday dinners he and Norine would take them out to. Some of the favorite activities his grandchildren enjoyed were pouring plaster, working in his garden, painting, and baking dozens of cookies with him. Albert and Norine were staunch supporters of all their grandchildren’s activities and were always a half an hour early to each and every dance recital, concert, swim meet or grandchild-centered activity. Albert was a devoted husband, caregiver, and father of five. Survived by children; Michill (Melinda) Smith, Machele (Doug) Carbine, Margaret (DeLynn) Lamb, daughter-in-law Julie Fratto-Smith, 13 grandchildren, 10 great-grandchildren. Preceded in death by many brothers and sisters, wife Norine; daughter, Myrine; and son, Mark Smith. A viewing will be held in the evening of March 4 from 6:00-8:00 pm at Premier Mortuary, 67 E. 8000 S. in Midvale, Utah. On March 5, at Winder 3rd Ward, 4551 S. 1200 E. Millcreek, Ut 84117, a viewing will be held in morning from 9:00-10:30 am before the funeral service, which will begin at 11:00 a.m. Interment will follow at Elysian Garden Cemetery.

Albert Neff Smith, 85, died surrounded by loved ones on February 25, 2020. Born January 6, 1935 in Murray, Utah to Edwin Woodruff Smith and Ethel Olga Akert, the eighth of nine children. He was born at his family&#8217;s farmhouse in Holladay.... View Obituary & Service Information

The family of Albert Neff Smith created this Life Tributes page to make it easy to share your memories.

Albert Neff Smith, 85, died surrounded by loved ones on February...