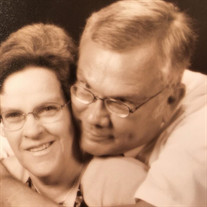 Alison Rae Bailey Alison was born on May 7th, 1955 to Raymon Turnidge and June (Rawson)Turnidge in Salt Lake City, Utah. She was the 4th of 5 children. She had many neices and nephews, aunts, uncles and cousins that she adored and they all loved her just as much. She graduated from Kearns High School in 1973 and began dating a neighbor boy named Bob. She attended Snow College for a semester before her plans changed and she married her sweetheart, and gained another family with many loving new brothers, sisters, cousins, and another set of parents in Colleen and LeeDale Bailey. Robert and Alison were married in the Salt Lake Temple on March 22, 1974 for time and all eternity. They lost their first child, a son they named Samuel Lee Bailey as a still born on February 7th 1975. They went on to have 5 more children. Sarah Bailey (John Stewart), Jennifer Nyberg, Joseph (Stephanie) Bailey, Racheal "Lucy" Bailey, and Heather (Eric) Hedin. She always loved children. So when she became a grandma she was a natural. She has 7 Grandsons and 5 Granddaughters, Mark, Bethanie, Styler, Justin, Mandi, David, Kasia, Michelle, Aiden, Parker, Katelyn and Daxton, and many adopted along the way, with 3 bonus granddaughters when Sarah and John get married in April with Alix, Taylor and Jaiden. She was a great grandma to Marcus, and honestly all of them. She loved reading stories and playing with them, teaching them all how to make rolls and pies for Thanksgiving. She also loved reading, and could rarely be found without a puzzlebook in hand. Often with notes and random messages written in the margins. She was also an amazing pianist. She was a reluctant camper but always enjoyed the time around the fire with her family. She had many callings in the church that she enjoyed, she spent time as a young womens camp director, primary teacher, and ward organist but truth be told her favorite was probably when she and her husband Robert were co nursery teachers. She loved her family and her friends, and they loved her. She didn't love all of the nicknames she managed to gain through the years from them. She returned home to her loving heavenly father quietly on January 13th 2020 with her loving husband by her side. She was preceded in death by her parents, her sisters Judy and Janet and brother Craig, son Samuel and many cousins, neices and nephews. We love you mom and we know you will always be with us. A viewing will be held Sunday, January 19th 2020 from 6 to 8 p.m. at the Welby 4th Ward LDS church (9386 South 4000 West) in West Jordan, UT. Funeral services will be Monday, January 20, 2020 at 11 a.m. at the Welby 4th Ward LDS church (9386 South 4000 West) West Jordan. A viewing will be available at 10 a.m. for family and friends. The graveside services will follow the funeral at Elysian Burial Gardens 1075 East 4800 South, Millcreek, UT 84117.

Alison Rae Bailey Alison was born on May 7th, 1955 to Raymon Turnidge and June (Rawson)Turnidge in Salt Lake City, Utah. She was the 4th of 5 children. She had many neices and nephews, aunts, uncles and cousins that she adored and they all... View Obituary & Service Information

The family of Alison Rae Bailey created this Life Tributes page to make it easy to share your memories.