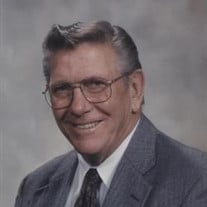 Allen Kay Sackett of Payson, Utah, died on Friday, June 20, 2014, at the age of 79. By his side was his wife of 60 years. Allen was born September 18, 1934, to Ephraim and Anna Pehrson Sackett. He was born and raised in Salt Lake City. At the age of 17 he enlisted in the US Marine Corp, and fought in the Korean War where he received a Letter of Commendation for heroic service. While stationed in Barstow, Ca. he met and married his wife, Myrtle. They were sealed in the Salt Lake Temple on December 10, 1953. After his discharge from the Marine Corp he sometimes worked two and three jobs to support his family. He primarily worked as a peace officer and a truck driver, ending his career as a safety supervisor for a major trucking company. His passion was wood working as he built birdhouses for family members and rocking horses for his great grandchildren. He loved the outdoors and found pleasure in camping, hunting, and fishing. But most of all Allen was a devoted husband and father. He taught his children the value of honesty and hard work; he believed in an “honest day’s work for an honest day’s pay.” He was a man of great moral courage and integrity, instilling in his children these attributes. Allen is survived by his wife, Myrtle, and his children; Allen Jr. (Petra) of Yucca Valley, CA, Craig (Diana) of Woodland Hills, UT, Anna (David) Fabrizio of South Lake Tahoe, CA, and Bret (Michelle) of West Jordan, UT. He was the proud grandfather of thirty-six grandchildren and thirty-seven great grandchildren. Allen is preceded in death by his sons’ Scott Lawrence and William Erik, his parents, seven brothers, and three sisters. A funeral service will be held 11:00 am, Friday, June 27, 2014 at the LDS chapel at 711 South Peteetneet Blvd. (600 East), Payson, UT with a viewing prior to services from 9:45 to 10:45 am. Interment and concluding services with military honors will be at the Utah Veterans Memorial Cemetery, 17111 South Camp Williams Road, Bluffdale, Utah. The family would like to thank Bristle Hospice and the Central Utah Veteran’s Home, specifically those Nurses and aides of community 3, both services provided a level of loving, compassionate care that brought great comfort and peace of mind during a difficult time. He has touched the lives of many and will be greatly missed.

Allen Kay Sackett of Payson, Utah, died on Friday, June 20, 2014, at the age of 79. By his side was his wife of 60 years. Allen was born September 18, 1934, to Ephraim and Anna Pehrson Sackett. He was born and raised in Salt Lake City. At the... View Obituary & Service Information

The family of Allen Kay Sackett created this Life Tributes page to make it easy to share your memories.