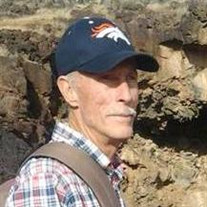 Alton “Tony” Maurice Gunderson passed away Thanksgiving Day, November 26, 2015, in the comforts of his home surrounded by family. Tony was born July 25, 1943 to Alton and Maurice Gunderson in San Diego, California. He was raised in both Tooele and Sandy, Utah, where he graduated from Jordan High School. Tony married the love of his life, Janet Kirk Gunderson, on September 28, 1973. Their marriage was later solemnized in the Denver Temple in September of 1998. They are the parents of three children, Ryan (Taylor) Gunderson, Robyn (Jason) Wootton and TJ Gunderson. They have been blessed with five grandchildren (Allie, Adler, Brock, Jace and Kesten). Family was most important to Tony and everything he did centered around activities with his children and grandchildren. Tony served briefly in the United States Army Reserves. He worked as a Power Plant Engineer and Boiler Inspector for several different companies. He also worked as an independent contractor, which took him to many different places including Indiana, India and Indonesia. He enjoyed the challenges and intricacies of the power generation business. Tony enjoyed camping, skiing, cars, fishing, as well as fixing anything and everything that needed it. He loved the Denver Broncos, the LDS Church and spending time with his family. Tony and Janet recently returned from an LDS mission at the Ensign Ranch, in Cle Elum,Washington, where they had a wonderful service experience. Tony is survived by his wife, three children, grandchildren, his father Alton J. Gunderson (98 years), his brother Dennis Gunderson, his sister Hollaye Vladimiroff, his sister Cindy Worman and his brother Kevin Gunderson. He is preceeded in death by his mother Maurice Alsop Gunderson. The family would like to thank First Choice Home Health and Hospice, as well as the wonderful clinicians that cared for him at the Huntsman Cancer Institute and the University of Utah Hospital. The funeral will be held 11:00 a.m., Friday, December 4, 2015, at the Cedar Hills 5th Ward building, 4245 Cedar Hills Drive, Cedar Hills, Utah. A viewing will be held prior to the service from 9:00-10:45 a.m. Interment will immediately follow services in the Highland City Cemetery. In lieu of flowers, a memorial fund has been established in Tony Gunderson's name at Wells Fargo Bank. Donations can be made at any branch within the United States to account number 1704750775.

Alton &#8220;Tony&#8221; Maurice Gunderson passed away Thanksgiving Day, November 26, 2015, in the comforts of his home surrounded by family. Tony was born July 25, 1943 to Alton and Maurice Gunderson in San Diego, California. He was raised... View Obituary & Service Information

The family of Alton "Tony" Maurice Gunderson created this Life Tributes page to make it easy to share your memories.