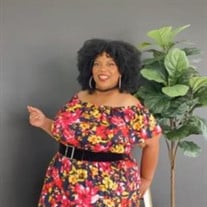 “For it is God which worketh in you both to will and to do of His good pleasure.” Philippians 2:13 KJV Angela Lavern Thomas Winston was born October 28, 1963 in Corsicana, Texas. She spent her teen and young adult years as a resident of Oklahoma. She accepted the Lord at an early age and started her music career at age 12. In 1982, she graduated from MacArthur Senior High School in Lawton, Oklahoma and attended Oklahoma State University Institute of Technology (OSUIT) in Okmulgee, Oklahoma. Angela then met Tyrone S. Winston the love of her life. Their covenant relationship of marriage began on August 6, 1983. She sung in choirs and gospel groups throughout Texas, Oklahoma, Georgia and parts of Germany. Her versatile range successfully accomplishes Gospel, Country, R&B, Patriotic, Jazz and Inspirational genres. As an established vocalist, Angela serenaded thousands of listeners with her unique vocal style. In the year 2000 in Austin, Texas during the Bush-Cheney presidential campaign, she performed her first single “We Are One”, written and produced by Bill Tate, which was one of the highlights of her career. She has several recorded projects, in addition to performing for other dignitaries such as former Utah Governor Mike Leavitt, Senator Orrin Hatch, and Senator Mitt Romney (former CEO of the Salt Lake City Organizing Committee for the 2002 Winter Olympic Games). Angela performed at 9 events including opening for Dave Matthews, Brooks and Dunn, Train and Lighthouse; in the Winter Olympic Games of 2002. She has also performed with Thurl Bailey, David Archuleta and many others. For over 45 years, Angela inspired audiences with her voice and passion for empowering others to live their dreams. She was very active in her local church and she was quick to help in many ways. Her passions included leading praise & worship teams, singing solos, assisting with children’s church, and directing special concerts and events. Angela’s love of people extended to the local community, state and national levels. In 2009, she organized Keep The Dream Alive (KTDA) Summer Camp which hosted 110 kids who were motivated and empowered by various actors, singers, professionals and public figures. Furthermore, Angela used her vocal gift to give back to the community by conducting music therapy sessions for home health and hospice clients. She held a special place in her heart for senior citizens. Angela believed that hymns and songs of inspiration enabled their days to be filled with love, joy, peace and comfort. Angela moved into her new residence in heaven on August 25, 2021. Cherished memories shared by her husband Tyrone Winston, 2 sons Tyrone Antonio Winston of Chillicothe, OH; Andrew Winston (Kaytalyn) of Salt Lake City, UT; 1 daughter TyRonda Winston of Salt Lake City UT; 2 grand-sons Jonathan Hawes of Dayton, OH, Kadence Winston of Salt Lake City, UT; 2 grand-daughters Saumara Winston of Dayton, OH, and Sylvie Winston of Salt Lake City, UT, and several great-grandchildren. She leaves to cherish; 2 brothers, Randall Dent (Desha) of Grand Prairie, TX, Curtis Thomas (Waymond) of Oklahoma City, OK; 3 sisters, Ruby Holland (Rev. Bell Holland) of Dallas, TX; Pam McNeil (Roland) of Spanish Fork, UT; Regina Cockrell (Napoleon) of Grand Prairie, TX; a host of nephews, nieces, grand-nieces and grand-nephews, cousins, and friends. Angela was a mother, wife, Mimi, sister, aunt, mentor, and friend to so many. Preceding her in the move to heaven: Father, Andrew Thomas; Mother, Delores Pennington; Brother, Louis Thomas; Sister, June Cornish. She would often say, “Trust in the Lord completely, and do not rely on your own opinions. With all your heart rely on him to guide you, and he will lead you in every decision you make” Proverbs 3:5 TPT. Graveside services will be at 11:00 a.m. on Friday, September 10, 2021 at the Utah Veterans Memorial Park located at 17111 South Camp Williams Road, Bluffdale, UT 84065

&#8220;For it is God which worketh in you both to will and to do of His good pleasure.&#8221; Philippians 2:13 KJV Angela Lavern Thomas Winston was born October 28, 1963 in Corsicana, Texas. She spent her teen and young adult years as a resident... View Obituary & Service Information

The family of Angela Lavern Thomas Winston created this Life Tributes page to make it easy to share your memories.

“For it is God which worketh in you both to will and to do of...