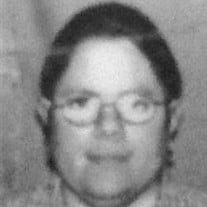 Anthony F. Rodriquez “Tony” April 25, 1978 – March 15, 2014    Tony Rodriquez flew away on the arms of angels on March 15, 2014 surrounded by family and friends. He was born in Salt Lake City on April 25, 1978 to Karen and Florencio Rodriquez. He was raised by his mother and step-father, Dave Parkinson. A loving son, brother, and friend, Tony was a compassionate, caring, and trusting soul. He always put the needs of others ahead of his own. He was willing to help family, friends, or strangers in need. He gave many hours of volunteer time. He was a giver in life and in his passing, donating his organs so others could have a better quality of life. Tony was a hard worker, always working at least two jobs at a time. He was currently employed at UPS and Convergys. He enjoyed life and being with his friends. He especially loved to shop and spend time with his mom. He loved his dog, Korki, and she will miss him dearly. Tony is survived by his mother, Karen; step-father, Dave; father, Florencio; step-mother, Sharla; sister, Jennifer; many step-brothers and sisters, plus many aunts, uncles, nieces, nephews, and cousins. He was preceded in death by his grandparents and several other loved ones. Tony’s passing has broken many hearts, but we are comforted in the fact that he is now in the arms of his beloved grandparents. A private family niche side service will be held at a later date. In lieu of flowers, please honor Tony by donating to the Humane Society of Utah.

The family of Anthony "Tony" Florencio Rodriguez created this Life Tributes page to make it easy to share your memories.