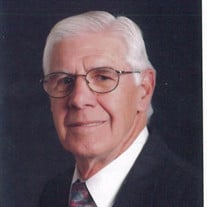 Antonio Contrera age 78, loving husband, father, grandfather and friend passed away Saturday, June 18, 2016. He was born on June 28, 1937 in Riberao Preto Brazil, to Gregorio Contrera Lopes and Maria de Almeida Barrinha Lopes. He was the second of six children. He married Vilma de Silva February 27, 1965. Their marriage was later solemnized in the Sao Paulo Brazil Temple, November 1979. He and Vilma had two daughters, Vivian and Vanessa. He was a faithful member of the Church of Jesus Christ of Latter Day Saints. That faith would later bring him and his family to Salt Lake City, Utah so that he and Vilma could raise their daughters closer to the church. He held many callings in the Church, Branch President of the Americana Branch, Sao Paulo, 1st councilor in the branch presidency, Young men’s President twice, High Councilmen in the Saint Andre, Sao Paulo Stake, and an assistant to the High Priest Group Leader. He and His wife Vilma served and LDS Temple mission to the Porta Alegre North Mission, 2011-2012. He absolutely loved his time spent serving the Lord in the mission field and would love to have returned had he hadn’t gotten sick. He worked for Intermountain Healthcare for 20 years where he gained many friends who loved and cared for him deeply. His passion was God, family (grandchildren) and his two religions, The LDS Church and Futebol (Corinthians)! He enjoyed playing hide and go seek with his grandchildren, teaching them how to kick a “Futebol”. He would play canasta for hours and hours with his buddies, eventually teaching his little girl Vanessa to play with him, he adored playing with her. He would often go and play billiards with many wonderful friends he had gained after moving to Utah. Antonio is survived by his wife Vilma, daughter Vivian (Logan, Bryce, Philip and Nataliya), daughter Vanessa (Scott, Alexxis (Austin), Spencer, Kaysee, Milena, Brytinn and Lucas). He was preceded in death by his parents, 4 sibling, mother and father in law and brother in law and sister in law. Funeral services will be held Friday, June 24, 2016 at the 17th Ward building, located at 1495 East 4705 South, Holladay, Utah, at 12 noon. A viewing will be held from 10 a.m. - 11:30 a.m. prior to the funeral. The family wishes to thank the many caregivers at Care Source who took care of our dad. Thank you for your love and compassion. Thank you Ron for being with dad when he passed!

The family of Antonio Contrera created this Life Tributes page to make it easy to share your memories.