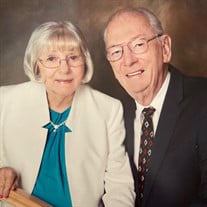 Austin Lamont Tyler was born on July 21, 1936 in Provo, Utah, and passed away peacefully on May 8, 2022 in his home in Millcreek, Utah following a brief illness. Lamont is the eldest of 5 children born to Austin and Emily (née Wright) Tyler.... View Obituary & Service Information

The family of Austin Lamont Tyler created this Life Tributes page to make it easy to share your memories.