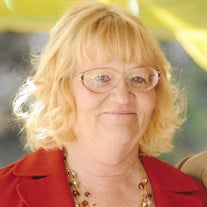 We are saddened to announce the passing of our mother Barbara Dee Merrill. She passed away at home on December 19, 2019 after gracing us with her presence since August 13, 1948. In that time, she was gifted the life of being the only sister to three brothers, Gary, Kent and Gene. She grew up in Salt Lake City, Utah where she proved her initial devotion for helping the next generation by earning her bachelor’s degree in education from the University of Utah. After graduating, she moved to Southern California where married and raised her children, Ryan, Jenny and Cindy. They were her greatest joy and most honored achievement. During that time, she went on to earn her Associates Degree in Nursing from Golden West College. She worked as a dedicated registered nurse helping people from 1991 to 2014. Barbara enjoyed long term care as a profession, she always said those people don’t always have someone, so she was their someone. She moved back to Salt Lake City, Utah in 1994 to be closer to her beloved family. She served as a continual support to her daughters and her two grandchildren Ariana and Alex. She taught them how to be playful, kind and numerous other life lessons. Barb, as she was often known, taught her children and grandchildren the enjoyment of seeing new and fun things in the world – no matter how silly or far like Dollywood, New York, Mexico, South Dakota and more. She was always a good sport no matter what the excursion or pickle they found themselves in. If caught alone, you would most often find Barb deep in a “good” book. She read more in one day then most do in a year! Her love for stories gave us all a sense of her love for curiosity, passion, history and adventure. In the last several years, she frequently visited California to see her sons’ younger grandchildren (Colton and Walker) grow up. She made a final epic journey to Georgia in October of 2019 during her illness to see where her son Ryan and his family recently settled. During that trip she saw the Center of History Cyclorama, Georgia Aquarium, Stone Mountain and almost broke a rental car, but Jenny, Cindy and her, laughed as always and made the trip one to remember. Barbara Dee Merrill was someone whom you could call to get a laugh, a sense of seriousness, or simply just an ‘it’ll be ok’ - her wit, wisdom and joyous laugh will be dearly missed by us all. She is preceded in death by her parents, Dewey and Cleo Stewart. She is survived by her three brothers Gary, Kent and Gene and their families, her children Ryan, Jenny, and Cindy and her grandchildren, Ariana, Alex, Colton and Walker. A celebration of the life of this extraordinary woman will be held Friday, January 3rd, 2020 from 6pm-8pm with a small service at 630pm. Premier Funeral Services, 67 East 8000 South, Midvale, Utah.

We are saddened to announce the passing of our mother Barbara Dee Merrill. She passed away at home on December 19, 2019 after gracing us with her presence since August 13, 1948. In that time, she was gifted the life of being the only sister... View Obituary & Service Information

The family of Barbara Dee Merrill created this Life Tributes page to make it easy to share your memories.

We are saddened to announce the passing of our mother Barbara...