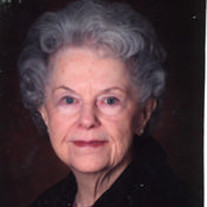 Jessie Berneice (Robinson) Peel, 83, died peacefully in Provo, Utah on February 16, 2011 surrounded by those she dearly loved. Berneice was born January 17, 1928 in Los Angeles, California to Joseph (“Jack”) and Bernice (“Buddy”) Robinson as an only child. Over the course of her early life, her family moved extensively. At the age of 16, Berneice graduated from Glendale High School in Glendale, California. Thereafter, she attended the Otis Art Institute and Frank Wiggins Trade School (both located in Los Angeles, California) where she enhanced her natural artistic abilities. Berneice also attended the Palmer School of Chiropractic in Davenport, Iowa. At the age of 18, Berneice met her loving husband, Narvin Adam Peel and they were married and sealed for time and eternity in the Mesa, Arizona LDS Temple on October 5, 1946. Narvin and Berneice lived in California, Iowa and Arizona during their fifty years of marriage. Through their union they were blessed with four beautiful daughters (Cheryl, Diana, Sharlene and Debbie) and a son (Richard), all of whom she dearly loved. Throughout her life, Berneice was a faithful and dedicated member of the Church of Jesus Christ of Latter Day Saints and served in many callings in the church. She had a passion for temple work, genealogy and family history. She spent thousands of hours compiling information, writing and publishing books which detailed and provided a record of the family lines of her and her husband. Berneice was also a dedicated member of the Daughters of Utah Pioneers, serving as Camp and Company Chaplain. In that calling, she spent countless hours researching how the ancestors of the members of her Camp immigrated to Utah. Of all her accomplishments, Berneice’s greatest achievements have been in the lives of her family and friends. Her keen mind, kind heart and endless energy helped her to make everything from visiting teaching lessons to stories told and songs taught to her grandchildren a memorable experience. Her generous heart filled her home with love. Indeed, Berneice was happiest when serving others. Berneice was preceded in death by her father and mother, her husband Narvin and her daughter Cheryl Lee Salladay. She is survived by her son-in-law Dean Salladay; her children Diana Marie Tuft (Michael), Sharlene Tucker (Paul), Debbie Lynne Porter (Ron) and Richard L. Peel (Jessie); and 19 grandchildren and 27 great grandchildren. She leaves her children, grandchildren and great grandchildren with the knowledge that they were truly loved and that she loved our Heavenly Father and His Son, Jesus Christ. A viewing will be held on Monday, February 21, 2011, from 6 to 8 p.m. at the Pleasant View First Ward, 650 E. Stadium Avenue, Provo, Utah. Funeral services will be held Tuesday, February 22, 2011, at 11:00 a.m. at that same location, with an additional viewing starting at 10:00 a.m. just prior to the funeral service. Grave-site services will be held on Saturday, February 26, 2011 at 11:00 a.m. at the Mesa Cemetery, 1212 N. Center St., Mesa, Arizona.

The family of Berneice Peel created this Life Tributes page to make it easy to share your memories.