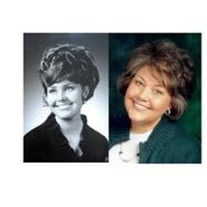 Betty Serona Fowler (February 8, 1947 – February 3, 2014) Our beautiful, loving, and cheerful mother, sister, and friend—Betty Serona Fowler (Curtis), 66, of Taylorsville, UT—passed away peacefully at her home on February 3, 2014. She was surrounded by many of her children and family, following a lengthy battle with Alzheimer’s. Betty was born on February 8, 1947 to the late Clyde Walter and Lois (Thorup) Fowler, Salt Lake City, UT. She graduated from Granite High School in 1965, then attended LDS Business College. Betty married her missionary, Richard Curtis, in 1968 in the Salt Lake Temple. After having four children in Salt Lake City, her family relocated to San Angelo, Texas, where their fifth child was born. A year later, the Curtis family moved to Sherman, Texas where her last three children were born. Betty’s family remained in Sherman until 1991 when they returned to Utah. Betty was particularly close to her father, and was devastated when he passed away while they were in Texas. Betty found her greatest joy in being a homemaker. Her eight children always kept her busy, but happy. Their home was always full of noise, fun, treats, creative activities, stories, board games, and a lot of laughter. Betty loved life, and truly made the world a brighter place wherever she went. Her contagious laugh could not be resisted, and she laughed easily and often. Watching movies or telling jokes and stories with Betty was an experience to be treasured. Betty taught us what mattered most in life, and she made the most out of life. Betty was a talented seamstress, painter, singer, actress, and artist. She loved performing, whether it was singing or being in plays, from roadshows to high school musicals, where she played several major roles. One of her favorite and most notable crafts was making rock dolls for friends and family. Not surprisingly, she spent many happy years serving in the Primary organization, where she touched the lives of so many children. Betty loved all things that strengthened her testimony of the gospel. One of the highlights of her life was traveling with Richard to China and Hong Kong, where she was able to climb the Great Wall. After moving to Salt Lake in 1991, Betty was employed by the State of Utah Dept. of Agriculture, Weights and Measures Dept., where she was an executive secretary. Always known for her smiling personality, she loved being around people, and people always loved being around her. Betty relocated to Chicago in 2001 following her divorce, where she again worked as an executive assistant. After several years, Betty returned again to Utah much to the joy of her children. She resided in the Legacy House in Taylorsville, UT during her final years. We wish to thank the staff, as well as Alecia Vincent, for their great kindness and care. Betty is survived by eight children: Jeff (Melanie) Curtis, of Sandy, UT; Jennifer (John) Orten, of Highland, UT; Kristine (Brett) Thiess, of Louisville, KY; Teresa (Christian) Lazarte, of Sandy, UT; Kevin (Sheena) Curtis, of San Tan Valley, AZ; Mark (Yvette) Curtis, of Raleigh, NC; Scott Curtis, of Portland, OR; and Tim (Megan) Curtis, of Lehi, UT; and five siblings: Genene (Martin) Chamberlain, of Holladay, UT; Lana (Allen) Richardson, of South Jordan, UT; Susan (Lyman) Smith, of Clearfield, UT; Clyde W. (Stephanie) Fowler, of Sandy, UT; and Deanne Flurer. Betty was preceded in death by her father and mother, both of whom she missed tremendously. We are certain it was a joyful reunion. In lieu of flowers, donations can be made at youcaring.com/sunshinebetty Friends and family are invited to attend a memorial service to be held in her honor, on her birthday, Saturday, February 8, 2014 at 10:00 A.M. at the LDS Church, 7075 South 2245 East, Cottonwood Heights, UT. Betty is buried where she wanted most—near her beloved parents at the Elysian Burial Gardens in Murray, UT. Heaven is even brighter now that Betty has returned. Thank you for everything, and especially for just being you. You are gone, but can never be forgotten. We love you, Betty!

The family of Betty Serona Fowler created this Life Tributes page to make it easy to share your memories.