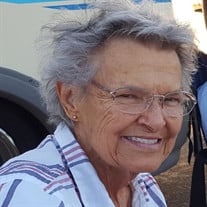 Bonnie Lougene Hardy Marsing In a rustic share-cropper’s tenement in the piney woods near Natchitoches, Louisiana, Francis Mae, Coleman, and little Archie welcomed Bonnie Lougene into their family in December 1934. Five more siblings would follow – Leola, Juanita, Earl and Merle (twins), and George – as this Depression Era family built a legacy of love, faith, and fidelity. The Hardy family was one of the original LDS converts in northern Louisiana, and Bonnie was unwaveringly faithful all her years. Mormon boys were rare when she blossomed into a young woman, but she dreamed and prayed that she would find someone. In 1954, at the age of 19, her prayers were answered when a handsome soldier-boy from Carbon County, stationed at nearby Fort Polk, stood at her theater booth to buy a ticket for a matinee movie. The rest was destiny, as such stories go, and a few months later, in Many, Louisiana, Daniel and Bonnie became Mr. and Mrs. Marsing and began their 62 year honeymoon. The Armistice came and Dan didn’t go to Korea. After completing his Army service they moved to Durango, CO where Norman was born in 1955. Robert (Bob) followed one year later when they moved to Tuba City, AZ. Roy Glen was born in 1959, but tragically died the next day. A fourth son, Mark, came in 1960. In 1964, they moved to Moab where Norm and Bob later finished high school. In 1976, work took them to Green River, WY where Mark graduated. Tragedy struck again in 1977 when Bob died in an airplane crash. Norm and Mark married and grandchildren followed. They remained in Wyoming until Dan retired in 1992. They have lived in the Salt Lake Valley ever since. At every turn of her life, Bonnie’s affectionate, devoted, and compassionate manner touched the lives of friends and family. From her siblings and relatives to her in-laws, neighbors, co-workers, ward members, and later to her nieces, nephews, and grandchildren she became a surrogate mom, sister, or grandmother, and she leaves behind a wake of admirers who frequently say, “She was like a mom [or sister] to me.” Recently, a loved-one said, “She was everyone’s mom.” She loved her boys, but she really loved her grandchildren and great-grandchildren. Norm and Mark both acknowledge that she and Dan set the bar so high that duplication will be impossible. Sorry great-grands, Norm and Mark will disappoint you by comparison. Bonnie and Dan were born amid dire poverty during the Depression, but they were raised in hope and set their sights on the next step up, and the next, and the next. Dan always had at least two jobs, and Bonnie almost always had a second job in addition to homemaker. Ambitious, industrious, and generous, they eventually became prosperous. Bonnie was a liberated woman before the term became part of modern nomenclature. She was confident, opinionated, and independent-minded. She never followed Dan anywhere that she didn’t want to go (except maybe the Egg Farm). He may have had the vision and determination, but she set the terms. Bonnie’s wonderful life ended on April 29, 2017 in a love-filled hospital room packed with family and friends. She was preceded in death by her sons, Robert (Bob) and Roy Glen. She is survived by all her siblings, her sweet husband Dan, sons Norman and Mark, eight grandchildren, seven great-grands, and all who affectionately knew her as their Second Mom, Sister, or Friend. She will be missed and we will somehow survive without her. Funeral Services will be Saturday, May 6 at the Winchester Ward in Murray (6300 S. 700 W.). A viewing will begin at 9:00 a.m. and a celebration of her life at 11:00. Her burial will follow at Wasatch Lawn Memorial Park in Riverton (13000 S. 3600 W.).

The family of Bonnie Lougene Marsing created this Life Tributes page to make it easy to share your memories.

In a rustic share-cropper’s tenement...