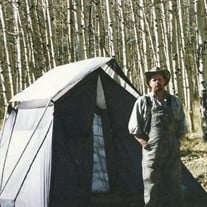 Our beloved father, grandfather, great grandfather, brother, and friend, passed away peacefully at his home surrounded by his three loving daughters on February 19th, 2016 at the age of 59. Brent Edward Larson, of Salt Lake City, Utah, was born September 8th, 1956 in Salt Lake City, Utah to Albert Edward Larson Jr. and Bertha Pauline Turner Larson. Dad graduated from Granger High School in West Valley City Utah in 1974, where he was a multi-year varsity football letterman. He worked as professional painter for more than 35 years. During much of this time he owned Brent Larson Painting Company and Larson Brothers Painting Company, which he co-owned with his brother Craig. Dad loved the outdoors and enjoyed spending his free time fishing, hunting, golfing, ATV riding, and camping with his family. He had a kind heart and quick wit and will be dearly missed by all who knew and loved him. He is survived by his daughters, all of Draper, Utah, Andrea Fischer (Sean), Mandy Larson, and Melissa Larson; his brother, Craig Larson of Salt Lake City, Utah; two sisters, Jody Allen (Jeff) of Magna, Utah, and Jolene Lanford, of West Jordan, Utah; his grandchildren, Chanel Hope (Taylor), Skyler Anderson, and Samantha Kunkler; his longtime companion, Connie Marconato, of Salt Lake City, Utah; as well as numerous nieces and nephews and friends. He was preceded in death by, his mother, Bertha Pauline Turner Larson, his father, Albert Edward Larson Jr., and his brother, Randy Larson. A viewing will be held Thursday February 25th from 6:00 p.m. to 8:00 p.m. at Premier Funeral Services, 7043 South Commerce Park Drive, Midvale, Utah. Graveside services will be held on Friday February 26th at 1:00 p.m. at Elysian Burial Gardens, 1075 East 4580 South Millcreek, Utah. We would like to extend a sincere thank you to Debra Carlson, for the care and compassion given to our father during his last days. It broke our hearts to lose you dad, but you did not go alone, for a piece of us went with you, the day god called home.

Our beloved father, grandfather, great grandfather, brother, and friend, passed away peacefully at his home surrounded by his three loving daughters on February 19th, 2016 at the age of 59. Brent Edward Larson, of Salt Lake City, Utah, was born... View Obituary & Service Information

The family of Brent Edward Larson created this Life Tributes page to make it easy to share your memories.