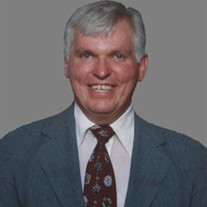 Brian Bodily Hansen passed away peacefully on June 13, 2014, at his home in Roy, Utah. Brian was born July 20, 1954, in Ogden, Utah to James C and Donna Bodily Hansen. He married his lifelong love, Janet Anita Davies, on August 22, 1980, in the Provo, Utah LDS Temple. His family was at the center of his life. He was never happier than when he was spending time with his wife and children telling jokes, playing games and sports, laughing, working, and teaching. He supported his children untiringly in their education, careers, and relationships. Though his physical health prevented him from playing with his grandchildren as he would have liked, they were the light of his life, and his love for them was always clear. He was also a constant support to his mother, Donna, who had been a widow for 22 years at the time of her death in 2012. As a member of the Church of Jesus Christ of Latter-day Saints, he served in many callings, including as a full-time missionary in the Albuquerque New Mexico Mission, Gospel Doctrine teacher, ward missionary, home teacher, and counselor in a bishopric. He was well-known in the Roy 14th Ward for his Gospel Doctrine lessons, his voice in the ward choir and ward dramatic productions, and his devoted service to less-active members. He enjoyed dairy farming and loved working with his children on the farm. Over the course of his life, he participated in many entrepreneurial ventures, including ownership of ABC Coal and Firewood Company and an airport shuttle service, Bullet Shuttle. He also worked in various other jobs to support his family, including as a carrier for the Ogden Standard Examiner. His working life was characterized by his self-reliance, his honest dealings with and charity for his fellow man, and his desire to teach his children the value of hard work by including them in his activities whenever possible. He attended Brigham Young University and was a devoted fan of the Cougars. He donated a kidney to his brother, Scott, in 1990. Scott passed away ten weeks later. He is survived by his wife, Janet, and his children, David (Laura), Sonrisa (Spencer) Parker, Anita (Nick) Zampedri, and Jonathan, as well as eight beloved grandchildren (Helen, Thomas, Cooper, Alyssa, Ila, Seth, Clyde, and Jace). He is also survived by his siblings Klea (Clair), Craig (Liz), Garth (Janice), and Julee (Kevin). He was preceded in death by his parents; one brother, Scott; and one sister-in-law, Rhonda. Funeral services will be held Saturday, June 21, at 11:00 AM at the Roy 14th Ward LDS chapel at 5850 South 2575 West. The viewings will be Friday from 6 to 8 PM and Saturday from 10 to 10:45 AM, both at the church. Interment, Syracuse City Cemetery

The family of Brian Bodily Hansen created this Life Tributes page to make it easy to share your memories.