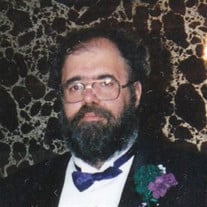 Bruce Thomas Gilchrist Sr. 1949 - 2016 Bruce Thomas Gilchrist Sr. (1949-2016) Of West Jordan, Utah passed away peacefully with his family by his side on January 21, 2016 at the age of 66 . Bruce was born April 28, 1949 in Springfield, Massachusetts. Bruce married the love of his life and soul mate Lynette (Selin) Gilchrist on January 25, 1969. He is survived by his wife Lynette (Selin) Gilchrist, his 6 children; Danyelle (Larry) Ward, Bruce Thomas Gilchrist Jr, Tamara (Tracy) Greenwood, Shanna Gilchrist (Brandon Gray), Angelynn Gilchrist, and Kara (Justin) Lund. With 12 grandchildren: Joshua (Marissa) Bushman, Brianne, Zachary, Peacelynn, Ryker Greenwood, C.J. (Cassel) Taylor, Talyn Gray, Alyssa, Kaydon Mooers, Danyelle, Gavyn, Savyannah Lund, and 3 great grandchildren: Hayden, Teagan, and Jacen Bushman. Sister Nancy (Billy) Frost, Mother in law LaVon Selin, Sisters in law, Kathryn Moore, Donna (Dan) Ball, Cynthia Smith and many other family members and friends. Bruce was preceded in death by his great grandmother Minnie Tibbits, Grandfather Harold Cobb, Father in laws Willis B. Selin, Clifford Selin, Brothers in law James Moore Sr., LaVar Smith, Gordon Selin, Nieces and Nephews Dustin Staub, Olivia Ball, James Moore Jr. Bruce met the love of his life when he came to Utah to attend college; he first attended Snow college and then moved on to Westminster college where he attended for 2 years. He also graduated from Trade Technical college to do appliance repair. Bruce was a volunteer Firefighter and Sheriff in the small town that he and his wife and daughter lived in when his only son Bruce Jr. was born. He had many trades, but the one that stands out the most is when he was a long hall truck driver. Bruce was very much a Family man, his family was his whole world even up until his last days. He was the BEST Husband, Father, and Papa anyone could ask for. He was always a kid at heart and had an amazing relationship with each one of his children, and grandchildren. He was also the “BEST BROTHER” to his sister who he loved very much. He will be missed by all. He was known for his kindness, quirky humor, his imagination, the stories he would tell, and his Angelic smile that would light up any room. He was an amazing, fun loving man who loved trains and old cars. He loved going to car shows and driving old RT’s. He enjoyed his wife’s cooking and food in general (especially mom’s sloppy Joe's and potato salad). He loved the mountains and nature. He did a lot of camping and fishing with his family over the years while his children were growing up. Holidays growing up we always had extra people at the table, because he was a firm believer that nobody should ever spend the holidays alone. He had such a drive for life and a passion for helping people, he truly was a natural healer. Bruce was a very spiritual man in his beliefs, and he always left a big impression on all the people he met. In lieu of flowers a memorial account has been set up in his name; donations can be made at any America First Credit Union. Funeral Services will be 11:00 am, Friday, January 29, 2016 at the Jordan Oaks 6th Ward, 8112 South 3905 West, Jordan, UT. A viewing will be held at the church Thursday, January 28, 2016 from 6:00 to 8:00 pm and Friday prior to services from 9:45 to 10:45 am. Interment at the West Jordan City Cemetery.

The family of Bruce Thomas Gilchrist Sr created this Life Tributes page to make it easy to share your memories.