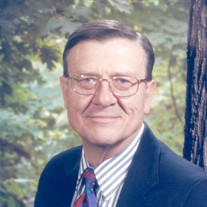 Burke Floyd Adams Burke Floyd Adams, of Pleasant Grove, passed away peacefully onJanuary 5thdue to complications from Parkinson’s disease. He was 80 years old. Burke was born on December 26, 1935, in East Garland, Utah, to Floyd Ardell and Zelda Barbara (Atkinson) Adams. He was the third of seven children, six boys and one girl. When Burke was two years old, his family moved to Yuba City, CA, where he grew up on a peach farm and learned the value of hard work. As a boy, Burke developed a love and a passion for singing and all forms of music. His favorites ranged from Gene Autry, to Elvis, to classical music. He and his siblings would spend hours listening to theirfather play the steel guitar and sing. Burke had a passion for the drums and participated in the marching band at Yuba City High School, where he also ran track. Years later, Burke continued the musical tradition in his own home, singing the same songs he learned from his father, to his own children, often while playing his ukulele. He was known for his distinctive voice and his kind, gentile, and friendly manner. He loved acting and singing in college and in church productions. While at Chico State, he played the roles Captain Hook and Mr. Darling in the theater production of Captain Hook. From 1956 to 1958, he served in the Central American Mission (in the countries of Nicaragua, Guatemala, and El Salvador) for the Church of Jesus Christ of Latter-day Saints. He quickly picked up the Spanish language and continued to speak it fluently throughout his life. On June 26, 1959, Burke married Darla Marie Ethington in the Los Angeles LDS Temple. Interestingly, Burke’s sister, Barbara, and Darla’s brother, Lloyd, married each other ten years earlier.Burke and Darla met as children, shortly after Darla’s family moved from Arizona to Yuba City. Their relationship blossomed after Burke returned from his mission. Burke and Darla have been married for 56 years. Burke earned his bachelor’s degree in education from Chico State Universityand began his career as a teacher and administrator. Burke’s first teaching assignments were at Lincoln Elementary School and Tierra Buena Elementary School in Yuba City. He was then accepted into the Department of Defense Dependent School system, which took the Adams family around the world. In 1963, the family moved to Aguadilla, Puerto Rico, where Burke taught at the elementary school on Ramey AFB for eight years. While there, he completed a master’s degree in guidance and counseling from the Inter-American University of Puerto Rico, San German.He received certification in elementary school administration through Sacramento State University, as well. Always one to enjoy an adventure, Burke also learned to scuba dive while in Puerto Rico. From there, Burke and his family continued to traversethe globe, accepting teaching and administrative assignments at Goose Bay AFB in Labrador, Canada; Keflavik NavalStation in Keflavik, Iceland;and the RAF Edzell Navy base in Scotland. His final role inthe Department of Defense Dependent School system overseaswas the Assistant Superintendent of the Atlantic Region based in Brussels, Belgium. In 1991, the Adams returned to Yuba City. Burke worked as a school principal in Marysville, CA, for eight years before health issues forced him to finally retire. In 2006, Burke and Darla moved to Pleasant Grove, Utah. Throughout his life, Burke was an active and devoted member of the LDS Church, serving as a seminary and gospel doctrine teacher. While teaching abroad, Burke also served as a counselor in several branch presidencies, as branch president multiple times, and as district president in the Caribbean District,based in San Juan, Puerto Rico. He truly loved missionary work and was grateful that his family could contribute to the missionary effort everywhere they lived. His missionary highlights include helping the first missionaries in Puerto Rico and helping to reestablish formal missionary work in Iceland. Burke was preceded in death by his sister Barbara (Lloyd Ethington) of Yuba City,CA and his brothers Jed (surviving wife LaNea) ofOrem, UT and Bruce of Phoenix, AZ. He is survived by his wife Darla, of Pleasant Grove,UT;and brothersMarc (Jennie Joy), of Yuba City, CA; Kent (Jackie Archibald), of Shelley, ID;and Cleve (Debbie Hoxie), of Navarre, FL. Burke is also survived by his five sons: Brad of Rexburg, ID; Scott of Livermore, CA; Todd of Los Altos, CA; Kevin of Eden Prairie, MN;and Darin, of West Valley City, UT and their families including 19 grandchildren and two great-grandchildren. Funeral services will be 11:00 a.m., Saturday, January 16, 2016 at the Grove Creek LDS Chapel, 500 North 700 East, Pleasant Grove, Utah with a viewing prior to services from 9:30 to 10:30 a.m. Interment in the Orem City Cemetery. In lieu of flowers, contributions may be made to the LDS Missionary Fund. The family also wishes to express gratitude to the staff members ofStonehenge Care Facility (American Fork)and Alpine Valley Care Center (Pleasant Grove).

The family of Burke Floyd Adams created this Life Tributes page to make it easy to share your memories.