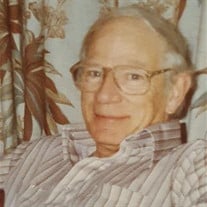 Carl Anderson 88 years old – born 1929 – died September 13, 2017 On Wednesday, September 13 in the afternoon, Carl Anderson died in the company of many loved ones including his wife, Rosemary Anderson, who he had been married to for 64 years. The marriage was blessed to have six children: Carlin Anderson and his wife Jackie; Cottie Anderson; Keb Anderson and his wife June; Tina Anderson; Julie Bartz and her husband Jim; Brian Anderson and his wife Jenny Lee. The family now includes 17 grandchildren, 15 great-grandchildren, and one great-great grandchild. He grew up in Kansas, but moved to California in his later teen years. In time, he moved back to Kansas and served in the Air Force. He enjoyed dancing and became a manager of a dancing studio in Kansas City, Missouri and found his lovely wife there. After some years he and his wife found the most important thing that would shape the rest of their lives. As they studied the Bible, they learned the name of the Creator of the Universe, Jehovah God. Although Carl worked secularly as a painter and carpenter, his main vocation was serving as a Minister for Jehovah God as one of Jehovah’s Witnesses. The family made many moves to help spread the good news about God’s Kingdom. In 1970 they made their move to Utah where they settled in Spanish Fork. Later moves were made to Hailey, Idaho; Billings, Montana; with Ogden, Utah becoming his final home. Although Carl will be greatly missed, the Bible’s hope of the resurrection greatly buoys or lifts the family’s hearts. Many scripture speak of the dead as being in a deep sleep awaiting a resurrection. One comforting scripture to the family is where Jesus is talking with religious leaders of his day, in Luke 20:37-38. Quoting Jesus he speaks of Jehovah his father as the “the God of Abraham and God of Isaac and God of Jacob. He is a God, not of the dead, but of the living, for they are all living to him.” The Bible teaches then that a person who has died is alive in God’s infinite memory, awaiting the time, shortly ahead, when Jehovah God will use his Son to stand up our loved one along with billions of others to a hope of everlasting life on a paradise earth.

Carl Anderson 88 years old &#8211; born 1929 &#8211; died September 13, 2017 On Wednesday, September 13 in the afternoon, Carl Anderson died in the company of many loved ones including his wife, Rosemary Anderson, who he had been married to... View Obituary & Service Information

The family of Carl Leonard Anderson created this Life Tributes page to make it easy to share your memories.