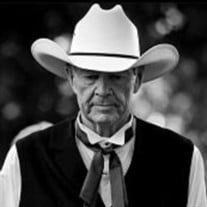 Late on Sunday, October 17th, Carl Arthur Carlson Jr. passed away at age 83. While Art— as friends knew him— was most recently a long term resident of Ketchum, Idaho, Art spent his last few weeks in Salt Lake City, Utah. Eighty-three years and one day prior, Art was born on October 16th, 1938 in Evanston, Illinois to Carl Arthur Carlson and Hildegard Johannson. A midwestern boy at heart, Art (known by his family as Sonny while he was a young boy) spent his childhood just outside Chicago. During the summers, Art frequented a family lake house built by his grandfather in Spread Eagle, Wisconsin. It was in Spread Eagle where Art met his first wife and the mother of his three boys, Karen Rahm. The instinct to build seemed to be a family trait, as Art went on to attend the University of Michigan and even while dedicating much of his time to collegiate wrestling, he graduated with a degree in Industrial engineering. Much of Art’s life was defined by his desire to understand the way things worked, and it carried over to his 30 years spent working with IBM. Work took him all across the midwest, landing for a moment in Ann Arbor, Hastings, Kalamazoo, Chicago, Fort Wayne and finally settling in Bedford, New York in 1973 where his three sons Eric, Tore, and Rolf grew up. The Bedford community knew Art as the president of the Bedford Village Athletic Association, the Bedford-Katonah Hockey League, and the Bedford Mount Kisco Youth Lacrosse League. Eventually Life took Art to Sandy, Utah where he frequented Snowbird and could often be found out on the patio after a day of skiing. Later, after settling in Sun Valley, Art developed the Radiant Foil technology and established the business that became known as the Thermal Envelope Company. To many, Art was known as a gear head through and through; he loved fixing and racing motorcycles, assembling and shooting guns, and tinkering with any and everything he could. He was keen on passing on his love for engineering to the next generations, as could be seen every winter while he worked with his grandsons, making wood blocks into winning cars for the Boy Scout Racecar Derby; or in the summer when he taught more of his grandchildren how to assemble and fly model airplanes. Art connected with people through his many hobbies, so while alpine skiing, fishing, hiking, and skate skiing, he could always be found professing to someone about one thing or another. While not at work, Art was always up to something, most often attempting to keep up with his wife Susan Ence Carlson whom he married in Sun Valley in 1999 and their many dogs Gunnar, Chug, Bro, Taz, and Lettie. He was a spirited, steady, and from time to time stubborn man who lived many lives in one. His passion and determination will be missed dearly by those who knew him. Art is survived by his wife Susan Ence Carlson, his sons Eric Carlson, Tore Carlson, and Rolf Carlson, his step-daughter Nicole Dean, his grandchildren Kennedi Dean, McKinley Hancock, Anders Carlson, Taegan Hancock, Bryetan Dean, Bjorn Carlson, August Carlson, Nils Carlson, Leif Carlson, Annika Carlson, Gunnar Carlson, Lars Carlson, Renn Carlson, and Isabella Dean.

The family of Carl Arthur Carlson created this Life Tributes page to make it easy to share your memories.