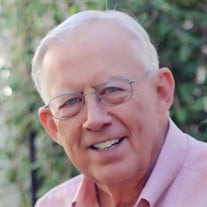 Carl Halvor Fodnes, 71, loving husband, father, grandfather, great-grandfather, and brother passed away on June 6, 2017, at home following a courageous battle. Carl was born June 19, 1945, in Ogden, Utah, to James Leo Fodnes and Bonnie Ellen Lloyd Fodnes. He was raised in Brigham City and never strayed too far, eventually making his home with his family in North Ogden, Utah. Carl was a member of the Church of Jesus Christ of Latter Day Saints, and a member of the North Ogden 10th Ward. Carl faithfully served a mission for the church in Ireland. Carl continued to serve faithfully throughout his life, though at times in an untraditional way. Carl counted among his greatest accomplishments in life, loving and caring for his eight children. He loved each of his children fiercely and was happiest when surrounded by them. Carl took joy in planning the “next trip “, or “next gathering” of the family. At the forefront of Carl’s planning was always the “next meal.” Carl never took life too seriously and was quick with a laugh or a calming word to comfort those around him. He had an incredible sense of humor and would lighten any situation with a funny comment or joke. He would make fast friends with anyone willing to share a conversation. He was a selfless husband and father and always put the needs of others before his own. Carl demonstrated to all those around him what was truly important in life. Carl met his first wife while attending Utah State University in Logan, Utah. They shared five daughters together. They divorced in 1991. Carl married his sweetheart, Cheryl Ann Hirschi on August 1, 1992. They were later sealed in the Salt Lake City Temple on August 3, 1993. They blended their families, which added to Carl’s joy with the addition of three more children. Carl started his career working at Thiokol Corporation. He later worked for several years in the insurance industry. Carl spent the remainder of his career operating a semi-truck for several companies, including L.W. Miller and Flying J. Throughout his life, Carl instilled in each of his children the importance of hard work and did not hesitate to do whatever was necessary to provide for his family. Carl was so loved by his family and he will be dearly missed, and his absence felt, by all who had the benefit of knowing him. Carl is survived by his wife, Cheryl, his eight children; Nicole (Glen) Ames, Pleasant View, Utah; JaNeise (Brent) Jensen, Dyersburg, Tennessee; Karie (Jeffrey) Newton, Omaha, Nebraska; Jed Simper, Las Vegas, Nevada; Shanna Fodnes, Phoenix, Arizona; Heidi (Cody) Wayment, Warren, Utah; Emily (Clark) Weight, Aurora, Colorado; Katie (Bucky) Reeder, Corinne, Utah; 21 grandchildren with one more on the way in late August; and 1 great-grandchild; sisters, Marcia Stephens, and Shirley (Bill) Cochran. Carl was preceded in death by his parents, and brother-in-law, Brent Stephens. Funeral Services will be held at 11:00 a.m. on Monday, June 12th at the North Ogden 10th ward chapel located at 787 E 1700 N, North Ogden. Viewing will be held on Sunday June 11th at the same location from 6:00-8:00 and again prior to the funeral from 10:00-10:45.

The family of Carl Halvor Fodnes created this Life Tributes page to make it easy to share your memories.