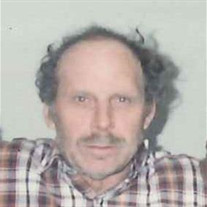 Carl Gene Schetrompf was born January 19,1933 to Elmer Carl and Ella Blanch Schetrompf in Amaranth, Pennsylvania right outside of Buck Valley, Pennsylvania. Carl was the third oldest of nine siblings, Dorothy,Jack, June, Lester, John, Robert, Hilda, and Raymond. Carl lived in Odenton,Maryland for many years,and was a long distance semi Truck driver for a long period of time. He meet and married Dianna Maye Kifer, in Elkton, Maryland in April,1958 Carl then went into a journeyman Roofer in the Wilmington, Delaware area until July 4,1965 were he and Dianna drove to Salt Lake City, Utah. at that time they had 4 children that three were born in Wilmington, Delaware and one child born in Denver, Colorado. step son, Richard Phillips, daughter Debra Schetrompf, James,son's Ronald Gene, and Jeffrey Allen, then after arriving in Utah, they added four more children to the family, Jody Scott, Heidi Ann, Tracey Elaine, and Sandra Dee Schetrompf. Carl worked roofing for many yrs in Utah. He moved back to New Jersey, in Villas to roof with his son Ronald and his brother John, then returned back to Utah about 1988 were he retired due to back accident from roofing. He was a visitor,from time to time at Faith Temple Pentecostal Church, were Dianna,.Debra and his youngest daughter,Sandra are members, Sandra has since passed away in December, 2012. Carl a father of 7 children, 16 grandchildren, 9 great grandchildren, He had a equal of boys and girls grandchildren and great grandchildren which made him laugh a lot. He was in the Korea War in 1951 with Honors. Carl left this earth on March 11th, 2018 here in Utah, he was 85 yrs old. He is preceded in death by his father Elmer,mother Ella, sister Dorothy, brother Jack, sister June, and brother Raymond, also his son Ronald Gene, and daughter Sandra Dee. Graveside services still pending, can call 801 637-5512 Debra

The family of Carl Gene Schetrompf created this Life Tributes page to make it easy to share your memories.