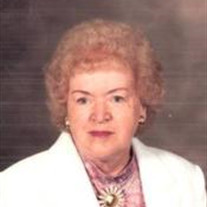 Caroline ("Connie") Welti Schnakenburg died on November 17, 2012, in Spanish Fork, Utah, of causes incident to old age; she was 96. She is survived by son Reed Schnakenburg of Phoenix, Arizona, and daughter Marlene Syndergaard of Spanish Fork, Utah; sisters Lois Geertsen of Kearns, Utah, Thelma Barlow of Bountiful, Utah, and Ruth Hills of Salt Lake City, Utah; eleven grandchildren, twelve great-grandchildren and eight great-great grandchildren. Connie was preceded in death by her husband Don, daughter Carolyn Lorraine Jones, one stillborn daughter, 3 sisters and 2 brothers. Connie was born on April 6, 1916, in Salt Lake City, Utah. She married Donald P. Schnakenburg in Farmington, Utah on August 19, 1936. They were later sealed in the Los Angeles LDS temple. She and her husband Donald ("Don") P. Schnakenburg lived in Southern California for many years, interrupted in 1947 with a brief two-year period in Oregon, then back to California. On retirement, they moved to Ephraim, Utah During World War II, Connie was a "Rosie the Riveter." Other jobs included telephone operator, a catering business and insurance underwriter. As a young mother, she took professional singing lessons and became a soprano soloist. After retirement, she and Don took painting lessons and produced many oil paintings, some of which won awards at local showings. Connie was an active member of the Daughters of Utah Pioneers and a life-long member of the Church of Jesus Christ of Latter-day Saints. She served in many church callings throughout her life, with music being her primary gift and area of service. The highlight of her church service was a six-month mission to North Carolina with husband Don in 1984. Connie was a kind, compassionate person who quietly helped and served others whenever she could. A viewing will be held at the Kimball Building-1750 E 750 S Spanish Fork, Utah, Wednesday, November 21, 2012 from 10:00 to 11:00 am. A private family graveside service will be held at the Ephraim City Cemetery, Ephraim, Utah, following the viewing. Connie’s family would like to thank all the wonderful staff members at Spanish Fork Nursing and Rehab for taking such good care of our mother. And a special thank you to our Aunt Lois who cared so tenderly for our mother in her home for almost 4 years.

Caroline ("Connie") Welti Schnakenburg died on November 17, 2012, in Spanish Fork, Utah, of causes incident to old age; she was 96. She is survived by son Reed Schnakenburg of Phoenix, Arizona, and daughter Marlene Syndergaard of Spanish Fork,... View Obituary & Service Information

The family of Caroline W Schnakenburg created this Life Tributes page to make it easy to share your memories.