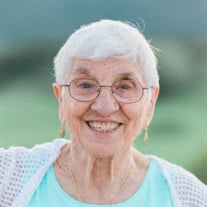 Catherine Canepa Zajac Born on April 28, 1926, Catherine was the fourth of seven children to Salvatore (Sam) and Concetta (Mary Rizzo), a carpenter and a housewife. She was born just before The Great Depression, which affected the rest of her life. Born and raised in Staten Island (South Beach) New York, she was greatly loved by her siblings and was very close to Rose, Louise (Lou Lou Belle), Gloria, Frances, Frank, and Joey all her life. Even at a young age, Catherine learned the lessons of financial conservation, which she would keep dear to her the rest of her life. Few things made her happier than finding a great bargain or cutting out valuable coupons from the newspaper. A mutual friend introduced Cathy to John Zajac. They dated for several years and when he returned from the Navy, they were married on June 3, 1945. She had two sons, John and Robert while living in Staten Island. The family then moved to Long island where they had two more, Thomas and Linda. Cathy would eventually become a grandmother to 11 grandchildren and 11 great-grandchildren. Catherine and John retired to Florida in 1986, where they were in close proximity to three of Cathy's sisters: Lou Lou Belle, Franny, and Gloria. Eighteen years after John passed in 1998, Catherine moved to an assisted living facility in Hudson where Gloria lived as well. After the passing of Gloria in 2019, Catherine wanted to be closer to her children, and In January of 2020, she moved to Layton, Utah to a retirement home close to Bob and Linda and many grandchildren. Catherine celebrated her 94th birthday in April, but Parkinson's played a key role in her failing health. On November 6 she took a bad fall from which she would not recover. She died peacefully in Linda's home on November 12, with Linda, Robert, and Thomas by her side. She was blessed to be surrounded by her large and loving family in the hours and days prior to her passing. She will be greatly missed by all of her family and friends who will remember that she was a very kind, sweet, and loveable lady who always wore a smile and never had a cross word about anyone. In lieu of flowers, please make donations to Hospice.

Catherine Canepa Zajac Born on April 28, 1926, Catherine was the fourth of seven children to Salvatore (Sam) and Concetta (Mary Rizzo), a carpenter and a housewife. She was born just before The Great Depression, which affected the rest of... View Obituary & Service Information

The family of Catherine "Cathy" Canepa Zajac created this Life Tributes page to make it easy to share your memories.