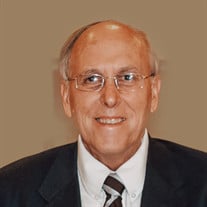 Charles David Brown, 72, passed away peacefully in his home in Holladay, UT on Wednesday, August 5, 2020, after a courageous decade long battle with cancer. Charles, also known as Charlie to many, or as Dave to those from his childhood, was... View Obituary & Service Information

The family of Charles David Brown created this Life Tributes page to make it easy to share your memories.

Charles David Brown, 72, passed away peacefully in his home in...