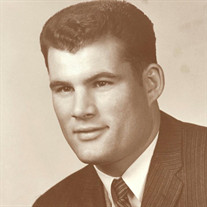 Our much-loved husband, father, grandfather, and great-grandfather Charles Duayne Jarman passed away peacefully on July 21, 2018, after a valiant, decade-long fight with cancer. He died at home, surrounded by his loving wife and several of his children and grandchildren. Charles was born on June 5, 1935 in Los Angeles California. He lived in several states as a child while his father worked on large projects as an ironworker. Charles himself spent twelve years, beginning at age 16, working as an ironworker to support his family and fund his education. He settled in Salt Lake City with his mother and siblings and attended Jordan High School. Following an LDS mission to the Central States, he attended both the University of Utah and Brigham Young University, graduating from the former in Engineering. While at BYU, he met and married Dixina Price, the love of his life and partner in all aspects of his life including raising four children. After a four-year stint with General Electric he moved his young family to Phoenix, Arizona and began a twenty-three year career at Arizona Public Service, one of two primary utility companies in Arizona, which culminated in twelve years as Vice-President of Engineering, Construction, and Electrical Operations. While justifiably proud of his accomplishments in his career, Charles would have said that his two most important roles in this life had more to do with church and family. A life-long member of the Church of Jesus Christ of Latter-day Saints, he served faithfully and with equal interest in visible callings of leadership and invisible callings of service. With his family, he was the rock upon which all built their lives: unfailing in support to, unyielding in defense of, and unchanging in love for those he called his own. Charles is survived by his wife, Dixina; daughter Suzanne (Richard) Reese; sons Dix (Kaleen) Jarman, Blake (Debbie) Jarman, and Brett (Nanci) Jarman; as well as seventeen grandchildren, one great-granddaughter, and a great grandson on the way. While Charles will certainly be missed by all who knew him, even more importantly, he will be emulated by those who knew him best and loved him most. In this way, his influence and example will continue forever. A viewing will be held for Charles on Friday, July 27 from 7:00-8:30pm and again on Saturday, July 28 from 10:00-11:00am with a funeral service to follow at 11:30am. All services will be held at the LDS chapel located at 1106 East 8050 South, Sandy, Utah. Interment to follow at Sandy City Cemetery. Arrangements under the direction of Premier Funeral Services.

Our much-loved husband, father, grandfather, and great-grandfather Charles Duayne Jarman passed away peacefully on July 21, 2018, after a valiant, decade-long fight with cancer. He died at home, surrounded by his loving wife and several of his... View Obituary & Service Information

The family of Charles Duayne Jarman created this Life Tributes page to make it easy to share your memories.