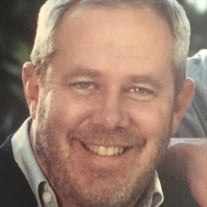 Charles Grandin Thompson passed away peacefully after a two-year battle with brain cancer, a stage 4 glioblastoma, on July 15, 2017. He lived a miraculous two years after being diagnosed. Every day, Chuck would wake up and say, “I got another day!” He lived and believed each day was a precious gift. Charles was born in Excelsior, Minnesota, to William and Barbara Thompson. Chuck moved to Salt Lake City and graduated from the University of Utah with a degree in Marketing and Finance. At the university, he met his queen and best friend, Jeanne Jackman. Chuck and Jeanne were married on September 17, 1971 at the Salt Lake Temple and were blessed with three beautiful children, Alexandria, Michelle, and Grandin. Chuck lived a wonderful life with his best friend of nearly 50 years, Jeanne. Chuck and Jeanne traveled the world; they would find incredible adventures wherever they went. He loved to ski, hike, boat, and do anything that could involve his family, that is what made him beyond happy. Chuck and Jeanne served an inner city mission in Salt Lake City that they loved. He was a devote member of the Church of Jesus Christ of Latter Day Saints and had an unshakeable faith in the Gospel of Jesus Christ. The gospel was the center of his life. Chuck served as a Maximum Security Bishop at the Utah State Prison for 5 years. He found much joy and love in this calling. His life was truly dedicated to service and helping those who needed it. Chuck was employed at Utah Paper Box for nearly 40 years. He loved his job and the people he worked with. There are so many people that have touched and influenced Chuck’s life. He truly loved the simple things in life; he saw life for what it really is. So many people shaped our dad’s life and made him the man who he was. We are so grateful for the loving care of his doctors and nurses at Huntsman Cancer Institute, his loving angel hospice nurse, Barbara, and all those who prayed and helped him along this journey. His time on earth was better quality because of them. His loving family will desperately miss him every day. He is survived by his wife, Jeanne and children: Alexandria Thompson, Michelle Thompson, and Grandin Thompson (Katie) and his beloved grandson, Damien, and his sister Judy Thompson Fischer (Dennis). Funeral services will be held on Friday, July 21st at 11am at the Holladay 26th Ward chapel, located at 4601 South Chapel Drive, 2565 East, Holladay Utah. A viewing will be held on Thursday, July 20th from 6-8pm, at the Holladay 26th Ward chapel, and Friday, July 21st from 9:30-10:30am at the Holladay 26th Ward chapel. To sum up in Chuck’s words, “It’s been a wonderful life and consider yourself hugged.”

Charles Grandin Thompson passed away peacefully after a two-year battle with brain cancer, a stage 4 glioblastoma, on July 15, 2017. He lived a miraculous two years after being diagnosed. Every day, Chuck would wake up and say, &#8220;I got... View Obituary & Service Information

The family of Charles Gardin Thompson created this Life Tributes page to make it easy to share your memories.

Charles Grandin Thompson passed away peacefully after a two-year...