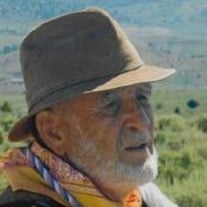 Charles Robert (Bob) Whited passed away December 14, 2014, at the age of 81 with his loving wife Nancy by his side. Bob was always seeking life’s next challenge and he dealt with lung cancer as he did most things, with quiet perseverance and uncommon strength. Bob was born January 27, 1933, in Bingham, Utah, where his father was a copper miner. He attended Murray High and earned a B.S. and M.S. degree from the University of Utah in Electrical Engineering. He chose engineering because it presented the biggest challenge. Bob attended ROTC and entered the United States Air Force where he later served as a pilot during the Korean Conflict and the Vietnam War. During his state-side service, Bob designed and launched missiles and rockets, and later went through pilot training achieving the rank of Captain. Stationed in Korea for one year, he served there as the personal helicopter pilot to General Mitchell in Osan, Korea. After 10 years in the military, 18 moves, and with the birth of his 7th child, Bob began a second career as a professor of electronics technology at Brigham Young University. While there, he was part of a team that designed the first 3D image (rendering) for a computer and worked on the beginnings of the internet. He often said that it was a pleasure to be able to bring spiritual ideals into an academic environment. Bob retired after 18 years of teaching to spend more time gardening on his small farm in Orem. He loved to golf with his sons, and he was part owner in the Rocky Mountain WingShak in American Fork, a business he proudly operated with two of his sons. Wings were his favorite indulgence after a good round of golf. According to his eldest son, he no longer has a golf handicap. One grandson said “with such a straight shot he’s bound to do well on Heaven’s Nine Holes.” Bob loved to hike, canoe, fish, square dance, garden, golf, and sing. He sang with the Wasatch Corral in Provo from 1993-2003 and in his ward choir for many years. Most of all, he treasured time spent with family, especially if it involved playing board games like Scrabble and Rumikub, or camping and fishing in the Uinta Mountains and Fish Lake. Bob had an unshakable faith in Jesus Christ. He served in many LDS church callings, but teaching in the Primary was his favorite. In all he did, he tried to inspire independent thinking, leadership, and satisfaction in a job well done. He was equally comfortable solving a complicated equation, helping his kids make an award-winning pinewood derby car, making homemade fruit leather from fruit grown on his farm, and happily knitting an intricate lace tablecloth. He was a true renaissance man. Bob is survived by his sweetheart Nancy, his brother Bruce (Vivian) Whited and his sister Shirley Roberts. His children include Leslie (Jose) Whited-Bonilla, Carl (Carol) Whited, Steve (Brenda) Whited, John (Cheryl) Whited, Alan (Lisa) Whited, Kelly (Chris) Jones, Gary (Missy) Brough, Kristy (Cougan) Clayburn, Bryan Brough, and Amanda (Aaron) Pollard. He was formerly married to Rae Woolley Willoughby and Gaila Furner. He is “Grandpa Bob” to 36 grandchildren and 10 great-grandchildren with one on the way. He is preceded in death by his parents, Charles and Gerta Whited, his sons Roger and Larry Whited, his brother-in-law Lamar Roberts, a nephew Randy Roberts, and his great-nephew Michael Roberts. Please join us to celebrate his life on Friday, December 19, 2014, at 11:00 a.m. at the Orem Park 1st Ward Chapel, 50 S. 750 W., Orem, Utah. A viewing will be held on Thursday evening, December 18, from 7-9 p.m. A second viewing will be held prior to the funeral on Friday morning from 10-10:45. In lieu of flowers please send donations to the Huntsman Cancer Institute.

Charles Robert (Bob) Whited passed away December 14, 2014, at the age of 81 with his loving wife Nancy by his side. Bob was always seeking life&#8217;s next challenge and he dealt with lung cancer as he did most things, with quiet perseverance... View Obituary & Service Information

The family of Charles Robert Whited created this Life Tributes page to make it easy to share your memories.