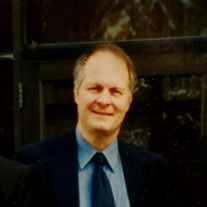 Christopher Dale Rinehart, age 67, passed away at the Murray IHC from heart failure at 11:39 PM, November 28th, 2019. Chris was born in Des Moines, Iowa on April 23, 1952. Chris’s family moved to Utah when he was nine and he was raised in Murray, Utah. He joined the Church of Jesus Christ of Later Day Saints at age fourteen and attended the Utah Technical College at Provo. An avid sportsman, Chris soon gained influence to many youth through years of coaching, particularly little league football, and through his service in the Boy Scouts of America and Young Men's Programs. Chris loved to connect and share thoughts with anybody and everybody through sports and often opened up his home to neighbors, friends and the neighborhood youth to gather, form traditions and create cherished memories centered around their shared interests. Chris's other passion in life was music, which his home was always filled with. He had a deep appreciation for a wide range of music, primarily classic rock, jazz and soul, but also enjoyed being involved with church music through his callings. Throughout his life, Chris overcame many physical complications, from diabetes, kidney failure, heart surgery and all the accompanying treatments that caused him suffering. Despite chronic pain and being disabled from a leg amputation, Chris remained service oriented and dedicated to his faith, visiting families under his care often, though it was difficult and sometimes lead to further injury to himself. Chris spent his later years quite active in family history and temple work. He served as a first counselor in three bishoprics between his time with the Wells and Lincoln Wards and as a Stake High Councilman in the Salt Lake Granite Stake. Till the very end Chris remained the authority of all things football, mainly the Utes and Green Bay Packers, but not necessarily in that order. He attended every University of Utah game he physically could, and preached to all the superiority of the Utah Utes. We love and miss him, and will think of him whenever "the game" is on. Chris is survived by his daughters: Jessica, Judith, Tanya, sons: Travis and Justin, his brother Alan and sister Vicky. We would like to sincerely thank all those loving and caring people that were there for Chris through all of his tough times. He is now reunited with his high school sweetheart, Elaine. Services will be held 11:00 AM on Saturday, December 7, 2019 at the Richards Ward meetinghouse: 860 E Downington Ave, Salt Lake City, with a viewing preceding at 9:30 AM. Chris will be laid to rest at Elysian Burial Gardens in Salt Lake City.

The family of Chistopher Dale Rinehart created this Life Tributes page to make it easy to share your memories.

Christopher Dale Rinehart, age 67, passed away at the Murray...