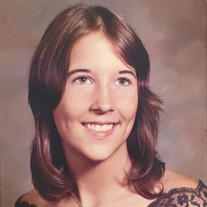 Our dear mom and Cuckoo returned to her Father in Heaven on February 13, 2022. She fought a courageous battle with cancer handling every twist and turn with a smile and a joke. She had a way of uplifting others and making them feel good even when she was the one in pain. Chris was born November 9, 1955 in Provo, Utah. She grew up with her sister, Dianna, and brother, Bret. Later on, she also had three step-brothers, Phillip, Steve and Danny. Chris got married to Michael Hansen June 14, 1975. They raised four children together, Casey, Tylor, Noelle and Brady. The kids were close in age. Casey and Noelle were born 11 months apart. She and Mike had the opportunity to bring Tylor into the family when he was about 6 months old, just prior to Noelle being born. Two and a half years later, Brady completed the crew. They had their hands full with four children under the age of three and a half, all at different stages. Mike and Chris later divorced and she remained single through her remaining years. During Chris’s teenage years, she had a love for her VW vehicles. She first had a VW van with a stick shift on the floor. She loved piling all of her friends in the van to go cruising. After this VW van, she then got a VW Bug that ran great. Chris and Dianna would drive from Provo to Springville to see Mike while he worked at a gas station. They would put 2 gallons of gas for $0.50 in the car and drive for another 3-4 days. In high school, Chris got a job at Village Inn on University Avenue. She was a server there. There was an on-site swimming pool and she was thrown into the pool a few times after her shifts by her co-workers. She eventually got a job at First Security Bank in customer service. While her kids were young, she chose to work at their schools. First, she was an aid at Sharon Elementary School. As her kids got older, she moved up when they transitioned schools. She worked at both Canyon View Junior High and Orem High School as well. After her kids graduated high school, she got a job as a customer service representative in the printing industry. She worked for several companies in the same role until she retired from Printegrity. Chris’s real passion for life came when Ryllie made her a grandma for the first time. Her grandkids were her life. She wanted a nickname and when Ryllie was young, she asked to be called Graham Cracker. Casey responded with a no and said it was more like Cuckoo Cracker. Ryllie overheard and started calling her Cuckoo at a young age and the nickname stuck. All 12 of her grandkids lovingly refer to her as Cuckoo. She would do anything for her grandkids. She was the first to offer to babysit because she just wanted to spend time with them. She loved to have them sleep over. She would always say, “The more the merrier,” and she would often have a house full. One of her favorite things to do for her grandkids was to put together creative and cute gifts for each of the holidays. She would hand make cute jars, shirts, pillowcases or make keepsakes that were personalized with her love for each of them. She wanted them to know how much she loved them. Chris was a crafter. She liked to go to craft fairs, see what was there, and go home to replicate what she saw. She enjoyed tole painting and knew how to use a glue gun. Chris and her mom would paint decorative horses made out of old rocking horses. They were detailed and intricate. She served for many years in the relief society when they used to have monthly craft activities or super-Saturdays. She would work with the woodworkers in the ward to get items cut out and ready for the activities. She enjoyed the friendships she developed while serving in this capacity. Chris is preceded in death by her parents, Calvin Beveridge (Father) and Bobbie Bourgeois (Mother), Bret Beveridge (Brother), Marshall Lundberg (Son-in-law) and Amanda Hansen (Daughter-in-law). She is survived by her sister Dianna Torres (Al), her children Casey Hansen (Hollie), Tylor Beveridge (Julie), Noelle Lundberg and Brady Hansen. She is also survived by her twelve grandchildren Ryllie Hansen, Jordyn Hansen, Maddux Hansen, Summer Lundberg, Cy Hansen, Hadlie Hansen, Jarrett Beveridge, Morgan Beveridge, Jaxen Hansen, Trenton Lundberg, Gehrig Hansen and Tiffany Lundberg. Chris will be remembered and cherished at a service on Thursday, February 24th, 2022 at 11:00 A.M. at the LDS church located at 400 N 400 E, Orem, UT 84097. An open house will be held at the same location on Wednesday, February 23rd, from 6:00-8:00 P.M. and from 10:00-10:45 A.M. Thursday. Services can be viewed at: https://m.youtube.com/channel/UCQ0u6oSLp_EF1-ihi1jhv_w#menu

Our dear mom and Cuckoo returned to her Father in Heaven on February 13, 2022. She fought a courageous battle with cancer handling every twist and turn with a smile and a joke. She had a way of uplifting others and making them feel good even... View Obituary & Service Information

The family of Christine B. Hansen created this Life Tributes page to make it easy to share your memories.

Our dear mom and Cuckoo returned to her Father in Heaven on February...