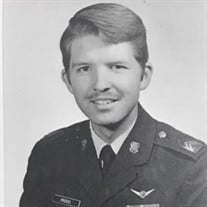 Christopher Martin Priddis, “Grandpa Grump”, 68, beloved husband, father, grandfather, great grandfather, and brother passed away at home from complications of Parkinson’s Disease on August 18, 2018. Christopher was born in Fullerton, CA on February 7, 1950 to Alfred William Robert Priddis and Venice Martin Priddis. At the age of 5 his family moved to San Lorenzo where he grew up. As a youth, he developed a love of painting, working outdoors and the gospel of Jesus Christ. He was active in the Boy Scouts of America achieving the rank of Eagle Scout. For years he had a paper route for the Oakland Tribune, winning several awards including a college scholarship. He also worked as a lifeguard at the Hayward Plunge. At the age of 14 he met Kristin Lindsay at the Oakland Temple Pageant. He attended Arroyo High School, where he lettered in Cross Country and graduating in 1968. From 1969 – 1971, Chris served a mission for The Church of Jesus Christ of Latter-Day Saints in the Gulf States returning home with honor. Christopher Priddis married Kristin Lindsay in the Oakland Temple on January 29, 1972. He attended Brigham Young University where he completed the Air Force ROTC program and earned a Bachelor’s Degree in Art. Chris entered the Air Force in May 1973, seven days after his twins (Mike and Marie) were born. He served during the Vietnam era being stationed many places within the U.S. and a two-year assignment in Iceland where his next son (Billy) was born. Chris enjoyed his service in the Air Force. He was very proud to wear the uniform and serve his country as his father had done before him. He received the rank of First Lieutenant. Chris was an everyday missionary. Everywhere he lived he searched for friends ready to receive the gospel, with great success. While in Iceland he was called as a branch missionary; the first missionary in 125 years to that country. At one point, Chris and his companion were the top baptizers in the Denmark, Copenhagen Mission, which at the time included Iceland. After receiving a medical retirement from the Air Force, Christopher moved his family to Orem, Utah where they added two more sons (Tom and Mark) to their family. Christopher enjoyed running, coaching soccer and home construction projects. He remained active in scouting and missionary work. He was very proud that his 4 sons all earned the rank of Eagle Scout, served full time missions and graduated from college. He adored his daughter, who was the light of his life and could always make him smile. In 2008 Chris and Kris moved to Sasebo, Japan. Kris had taken a job teaching elementary school for the Department of Defense. They lived in Japan for 7 years. During these years each of their five children were able visit Japan with their families. Since returning from Japan, Chris and Kris spent much of their time traveling with friends and visiting family. Christopher is survived by his wife, Kristin; children: Christopher Michael (Nicole Lynn Pierce), Kristina Marie (K. Jeffery Mendenhall), William Martin (Tara Allsup), Thomas Lindsay (Renee Rasmussen), Mark Daniel (Adelina Victoria Greene), 24 grand children and one great grandson. He is also survived by his three brothers, Robert (Annette Scherbel), Ronald (Gary Bergera) and Richard (former wife Sandra Cook); many beloved nieces, nephews and friends. He was preceded in death by his parents. Funeral services will be held on August 22, 2018 at the Church of Jesus Christ of Latter-Day Saints, located at 1485 North 800 West in Orem, UT. The viewing will begin at 10:00am with the funeral at 11:00am. Internment will be held at the Utah Veterans Cemetery and Memorial Park, 17111 1700 W, Bluffdale, UT, 84065, beginning at 2:00pm. In lieu of flowers Christopher would like you to donate to the Michael J. Fox Foundation for Parkinson’s Research or The Church of Jesus Christ of Latter-day Saints Missionary Fund.

The family of Christopher Martin Priddis created this Life Tributes page to make it easy to share your memories.