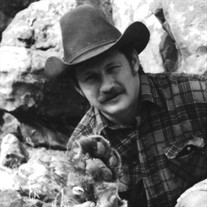 Christy Val (Huck) Atwood was born in Vernal, Utah, in 1946, to Cap and Effie Atwood. He had four half-brothers, Nord and Hollis Atwood and Lloyd and Cal Barnson. As an outfitter’s son, he spent most of his youth hunting and fishing in the mountains of Utah and Colorado, developing skills that served him in later life through the military, as an outfitter, a general contractor, and a father. He loved his country and enlisted in the Army to serve in the Vietnam war in the 705th Maintenance Battalion. After returning from Vietnam, he attended Brigham Young University and met Jolyn Nebeker from La Grande, Oregon. Ever the romantic, he told his roommates after their first date, “that’s the girl I’m going to marry.” They were sealed February 5th in the Manti Temple of The Church of Jesus Christ of Latter-day Saints. They were married until her death two months prior to his in August 2021. Val and Jolyn were blessed with nine children, and sacrificed everything they could to make their home a place where their children learned to search for truth, work hard, and serve others. Val could not have been more devoted to his children and spared no effort to be at every game, performance, or event, even spending his 25th wedding anniversary at a junior jazz basketball game — because he promised his children he would never miss one. Val was never outworked in any of his professions or service, but spent most of that effort on others, and not for his own benefit. This included service as a leadership missionary for his church with Jolyn in Kansas City. In his neighborhood, there are few if any homes he hadn’t repaired, families he hadn’t moved in, or places he had not served. He was, beyond all else, a tender and compassionate friend to everyone — frequently embarrassing his kids as he made friends with total strangers. From the first moment he met anyone, he was immediately their friend. He will be remembered as tender, loyal, generous to a fault, and utterly selfless and considerate. Val and Jolyn are survived by their children, Shane, Doug (Tonia Rohde), Jeff (Kristen Tolman), Kimberly (Joe Stoney), Joe Buck (Kati Farmer), Christy (Kirk Johnson), Remington (Tamara Cizmas), Marshall (Amber Nicholls), and Weston (Ali Carpenter), 27 grandsons and 13 granddaughters, with grandchild 41 on the way. Funeral services will be held on Monday, October 18th at 11:00 AM at the American Fork Central Stake Center, 320 N 100 E, American Fork, UT. A broadcast of the funeral is also available via http://mywebcast.churchofjesuschrist.org/Events/americanforkutahcentralstake. A viewing will be held on Sunday October 17th, from 7:00 - 8:00 PM and on Monday October 18th from 9:30 - 10:30 AM at the same address. Interment will be at the American Fork Cemetery.

Christy Val (Huck) Atwood was born in Vernal, Utah, in 1946, to Cap and Effie Atwood. He had four half-brothers, Nord and Hollis Atwood and Lloyd and Cal Barnson. As an outfitter&#8217;s son, he spent most of his youth hunting and fishing... View Obituary & Service Information

The family of Christy "Huck" Val Atwood created this Life Tributes page to make it easy to share your memories.