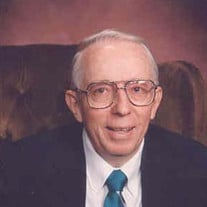 Clarence Norman Day, age 86, passed away on 1/22/17 at 11:40pm (20 minutes shy of his 87th birthday) Born 1/23/30, Spring Canyon, Carbon, Utah. Clarence was the eldest son of Christopher and Frances Clement Day. Clarence is the older brother to Darlene and Grant (deceased). Clarence was a lifelong member of the LDS church and served a mission in the Central Atlantic States Mission from 1950-1952. Upon returning from a faithfully served mission, Clarence served honorably in the Navy Reserve. While in service to his country, Clarence met, courted and married the love of his life Fannie Earline Aldridge Day, in the St George Temple where they were sealed for time and all eternity. It was a love affair that last over 63 years until the time of his passing. While serving in the Navy, Clarence and Earline were blessed with their first child, Norman. Just a short time later the couple were blessed with a second son Evan (deceased). The couple went on to raise their family in Alexandria Virginia. Where Clarence worked proudly for the newspaper. Clarence and Earline eventually relocated to North Salt Lake Utah where Clarence proudly worked for the Newspaper Agency Corporation until he retired on December 24,1993. Shortly after retiring, Clarence and Earline again relocated this time to Las Vegas to reconnect with his two siblings. In Las Vegas the couple gained many wonderful friends. In July of 2015 Clarence and Earline returned to live in Salt Lake City to be closer to family. Clarence is survived by his beautiful wife Earline, sister Darlene, son Norman, daughters-in-law Carol and Gail, and grandsons Joshua, Dustin and Michael and countless other family and friends. Clarence was very proud of his family and constantly spoke proudly of their accomplishments. Funeral services will be held on Friday 1/27/17 at the Millcreek 6th ward chapel. 4558 South 600 East, Murray, Utah 84107 at 11:00am. A viewing will be held before the funeral at 9:30am. Immediately after the funeral lunch will be served at 12:30pm. The burial will follow at 3:00pm Camp Williams Veterans Cemetery 17111 South Camp Williams Road, Bluffdale Utah 84065.

The family of Clarence Norman Day created this Life Tributes page to make it easy to share your memories.