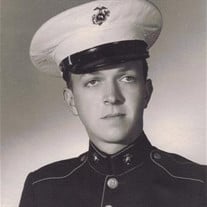 Clarence “Chic” Lundgren was born in Geneva, Illinois, to Clarence and Erma Fasel Lundgren on April 4, 1929. After living there as a child, the family moved to Mesa Grande, Arizona for several years and then on to Southern California when he was a teenager where he spent most of the rest of his life. He married JoAnn Elaine Sapp on July 12, 1953. They promptly added two daughters, Teri Lee and Lori Ann to their family and settled in Shadow Hills, California, in the San Fernando Valley’s horse area. They spent many happy years there, but moved as their daughters entered college to Long Beach, California. They designed and built their beautiful home there and welcomed many of their family on frequent visits. During the 50’s Chic had his own dance band, which frequently changed names to suit the venue they were playing. Often called Chic Lundgren and the Mellow Rooney 10, they also played as the Young Demos Band. Considering his life-long Republican allegiance, this must have been a sacrifice for him. He played many instruments including piano, stand-up bass, flute, piccolo, saxophone, oboe, trumpet and clarinet which he played in the Marine Corp. Marching Band where he served for 2 years. He was also an excellent arranger, working on pieces for other musicians. And he had a great smoky-style singing voice, sometimes breaking into Them Their Eyes or Blue Moon. He sang with friends at different events and later in life said one of his great pleasures was singing “Jerusalem” in a men’s Easter choir. In the 1950’s, he worked as a machinist for Walt Disney Studios, assisting in the building of Disneyland, mainly working on the historical train. He continued working in his field for various companies and ended up as a mechanical engineer at Northrop Grumman, focusing on the Stealth Bomber. For a time he owned his own machine shop named Calgary Institute. After Chic and JoAnn retired, they travelled extensively. They made many European river cruises, sailed through the Panama Canal, took journeys to Australia and New Zealand, as well as Transylvania and Russia. But their favorite sights were their 8 grandchildren, and then many of their 18 great-grandchildren. Chic is survived by his wife JoAnn, daughters Teri (Michael Gifford) and Lori (Randy Tate), and all those grand and great grandchildren. Funeral services will be held Monday, December 11th, 2:00 pm at the Bennion 5th Ward, 6100 So. Kamas Dr. Taylorsville, with a viewing one hour prior to services. Interment will be Wednesday, 10:00 am at the family cemetery in Springdale.

Clarence &#8220;Chic&#8221; Lundgren was born in Geneva, Illinois, to Clarence and Erma Fasel Lundgren on April 4, 1929. After living there as a child, the family moved to Mesa Grande, Arizona for several years and then on to Southern California... View Obituary & Service Information

The family of Clarence "Chic" Lundgren created this Life Tributes page to make it easy to share your memories.

Clarence “Chic” Lundgren was born in Geneva, Illinois, to Clarence...