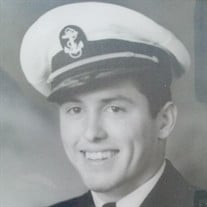 Clarence Everette “Chuck” Stone Jr., 91 years, passed peacefully into a greater life June 3, 2016 in Salt Lake City, Utah at Holladay Care Center, a Veteran Associated Care Center. Internment of his ashes will be at the St. Luke’s Episcopal Columbarium in Idaho Falls. Chuck was born into this world on April 3, 1925 to Clarence Everette “Cy” Stone and Gussie Childress Stone in Fullerton, CA. He spent his youth in Southern California and graduated from Puente Union High School in 1942. He then attended Fullerton Junior College before enlisting in the U.S. Navy and serving in WW II. In 1947 on Orcas Island, Washington, he met Patricia Mathieson, fell in love and they were married November 7, 1948. During the first 15 years of their marriage, Chuck and Pat were blessed with five children – Pam, Cher, Tina Jo, Lee and Mike. Chuck’s profession as a food salesman enabled the family to live in several different western states and cities before settling in Idaho Falls for the most active part of the family’s life. Every move was an advancement, every new place an adventure. He retired from his sales career after a 6 year position back in southern California, then he and Pat made a final move to Salt Lake City, Utah to be near their family. Chuck showed many faces and phases of himself throughout his life of 91 years. He was a son, a brother, a husband, a father, a sailor, a salesman, an accordion player, a fisherman, a hunter, a draftsman, a craftsman, a dancer, a cook, a gardener, a teacher, a dancer, a perfectionist, a bowler, a golfer, an Elk, a friend, a great story teller, a keeper of holiday traditions and the ultimate supporter and lover of his family. To say he’ll be missed is an understatement. To know he walked on peacefully, is the final blessing he bestowed on his loving family. Chuck leaves behind his amazing wife, Pat, his five children, and their families; Pam Stone, Cher Stone and Dave Drewes, Tina Jo and Scott Ridgeway, Lee and Wendy Stone, and Mike Stone, and grandchildren; Cory and Kelsey Ridgeway, Damon and Jessica Ridgeway, Sophia Ridgeway, Conor Bentley and Mary Anne Wetzel, Zoey, Emma and Abby Stone, and great grandson William Ridgeway - all of whom made his heart sing – no one loved the wonderment of children like Chuck. He left us the gift of enjoying life to the fullest while giving our all. Thank you. A private family service of internment will be held July 1, 2016 at the St. Luke’s Episcopal Columbarium. The family would like to thank Holladay Care Center and the VA Hospital for their excellent and compassionate care. Please send condolences to Premier Funeral Services www.premierfuneral.com

The family of Clarence Everette Stone created this Life Tributes page to make it easy to share your memories.