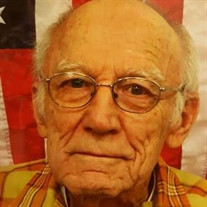 Clarence LeRoy Weber, beloved husband, father, and grandpa, passed away peacefully on Friday, November 2, 2018, in Mapleton, Utah. Clarence was known to friends and family as “Bud.” It was a nickname given to him by his little sister, as she could not pronounce Clarence. He was 88 years old. Bud was born May 26, 1930 in Norfolk, Nebraska. His parents were Erwin Albert Weber and Edna Esther Volwiler. He grew up on a farm. He played basketball in High School and graduated from Osmond High School in 1948. In March 1952, Bud was inducted into the Army. He served in the Korea War. While serving, he was cited for Meritorious Service. As Battalion Wire Chief, Sergeant Weber and his teams were responsible for laying and maintaining the extensive wire communications utilized by the battalion in its successful drive to correlate its tactical mission. He was honorably discharged in December 1953. In 1956, Dad moved to Salt Lake City for Telegrapher School. He met his wife, Lois Darlene Woodruff, on a blind date. She did not want to go on that blind date, as she had a bad experience on another blind date with one of his roommates. After Telegrapher School, Dad got a job with Southern Pacific Railroad along the coast of California. They kept in touch with letters, telephone calls and dad visiting from California. Dad was a bit shy and when he would visit mom and her family, he would sit in the chair by the front door. Mom’s mother kept moving the chair more and more into the room so they could get to know him better. Dad and mom married July 7, 1958. The next day they moved to San Jose, California. A son, Bob, was born in 1959. And a daughter, Lisa, in 1964. They made their life in California until moving to Mapleton, Utah, in 2016. Dad got tired of always being gone, from his family, working for the Railroad and was hired by the US Postal Service in 1960. He started out as a letter carrier and retired as a Station Supervisor in 1987 in the San Jose Division. After his retirement, Dad started to develop an interest in genealogy. And even though he was not a member of The Church of Jesus Christ of Latter Day Saints, he worked at the Genealogy Library for many years. He researched both his family and mom’s family history. He filled many binders with his research. During retirement, he also developed an interest in backpacking. He had always wanted to visit Hawaii but not as a typical “tourist.” He wanted to backpack it. After much training and research, he was able to spend two weeks backpacking Maui and Kawaii with his daughter. He also made it to the top of Half Dome in Yosemite, California. He made a few more backpacking trips in the California Sierras before deciding he was done. He had seen all the places he wanted to see. Dad could do just about everything. He was a very good artist. He could draw anything. He painted Mickey Mouse on the side of one of the Army vehicles. Dad also loved to work with wood. He made beds for his children, coffee and end tables with a chessboard carved into each, and shelves. He carved and painted wooden decoy ducks. He also loved to spend time outside in the backyard. He grew many tomatoes in his garden. Mom and dad had many apricot trees in the backyard. They would dry the apricots to enjoy during the winter months. Dad kept the cars running too. He rebuilt the engine of a 1971 VW Bug. Bud is survived in death by his wife, Darlene, son, Bob, daughter, Lisa and 3 grandchildren, Jose, Rose and Sophie. He was preceded in death by his parents, his sister, LaVern Keck, and Son in Law, Larry Dungan. We love you and will miss you. A viewing will be held Thursday, November 8th, 6 – 7 p.m. at Premier Funeral Services, 1160 N. 1200 W. in Orem, Utah, with graveside services on Friday, November 9th, 11:00 a.m. at the Spanish Fork Cemetery, 420 So. 400 E. Spanish Fork, Utah.

Clarence LeRoy Weber, beloved husband, father, and grandpa, passed away peacefully on Friday, November 2, 2018, in Mapleton, Utah. Clarence was known to friends and family as &#8220;Bud.&#8221; It was a nickname given to him by his little... View Obituary & Service Information

The family of Clarence LeRoy "Bud" Weber created this Life Tributes page to make it easy to share your memories.