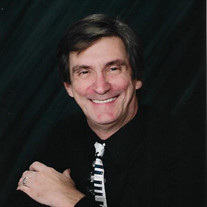 Clifton Burl Foster was born on August 8, 1957 in Alexandria, Virginia. Before he could even talk, he was drawn to music. He would clap his hands and stomp his feet at the sing alongs at his Grandmother’s house where favorite hymns and country songs filled the air every Sunday after dinner. At the age of 7, Clif had taken an interest in guitar. All on his own, he learned to play and had begun to focus his interest on a new group called the Beatles. He could play every Beatles song known to man, and was happiest when taking requests from anyone in the room for any song…and any genre, all without a single lesson. When his Dad retired, Clif moved with his parents to Texas where he finished high school and continued to hone his musical abilities. Eventually he returned to Virginia and took up playing music with his cousin Tommy and a few other friends, forming a band called Stone Spirit (1971-1974) and then Nightwork (1987-1995) playing at local clubs and pubs. These were his absolute happiest days. He married Belinda (Parry) Schwab in 1978 but were no longer married at the time of his passing. They have a daughter, Amanda Elaine Shaw, who lives with her family in Utah. He had a son as well (from a separate relationship), Robert William Foster. For the last 15 years of his life, Clif was loved and cared for by Becky Thompkins, first in Las Vegas, then Texas, ending with a stay in Missouri. Becky is a nurse and selflessly devoted herself to being sure Clif had the best life possible, while also taking care of his health as it deteriorated through the years from the ravages of COPD. On November 22 of this year, Clif left this world to join the family choir awaiting his arrival at Heaven’s door. He is pre-deceased by his parents Austin Beryl and Helen, his brother Wayne, his beloved cousin Sharon, his nephew Paul and other friends. He leaves behind his devoted partner Becky, his loving daughter Amanda, his son Robert, his grandchildren Makayla and Jesse, his sister Sandy, and cousins Tim, Eddie, Tommy, Sheila, Bobby, Debbie, Brenda & Lori, sister-in-law Debbie and all their families. Clif will be missed by all of us, but will be remembered always. And if you listen closely on a warm starry night, you might just hear him sending down a song or two to let us know he is happy, healed and reunited.

Clifton Burl Foster was born on August 8, 1957 in Alexandria, Virginia. Before he could even talk, he was drawn to music. He would clap his hands and stomp his feet at the sing alongs at his Grandmother&#8217;s house where favorite hymns and... View Obituary & Service Information

The family of Clifton Burl Foster created this Life Tributes page to make it easy to share your memories.