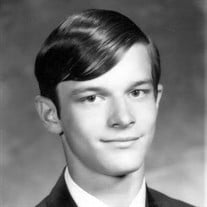 Clyde David Fritch was born on October 17th, 1952 in Park City, Utah. Clyde returned to his Heavenly Father on Friday, March 10th, 2017. Clyde had a love of country. He served in the Armed Forces. He worked for the U. S. Marshall’s at Fort Douglas. He spent the last 30 years serving the downtown area of Salt Lake City in the hospitality field. Clyde loved studying history. His knowledge of events was extensive and impressive. His favorite time periods were during the Civil War and World War II. He could talk about history and politics all day if you would let him. Many have said he was a protector, someone to have a great conversation with and had the best stories to tell. He was the kind of man with a big heart and would do anything he could to help you out. If you knew Clyde, you knew he would do anything for those he loved and cared for. Clyde was a favorite Uncle to many of his nieces and nephews. Everyone looked forward to seeing him at family functions. Clyde had a special bond with his son, John. For the last two years he lived with Johnny and his wife, Adri. They grew closer and were the best of friends as any father and son could be. To hear them talk and laugh together would bring a smile to Adri’s face. She loved that she could bring them together into one home and take care of them both. Clyde had a close relationship with his son Michael. Many nights Mike would go into the hotel, when Clyde worked a graveyard shift, and he would take him dinner. He loved Michael and enjoyed all the times he spent with him. His laugh was mischievous and his smile could brighten your day. Clyde is survived by his sons Michael C. (Jana) Fritch, John L. (Adriana) Fritch and his six grandkids; Isiah, Spencer, Zachary, Hagen, Portia and Pierce. He is also survived by his brothers Michael D. (Gloria) Fritch, Daniel G. (Cathy) Fritch, Robert K. (Karen) Fritch and sister-in-law Kristie (John Carl’s wife). He is preceded in death by his parents John Clyde Fritch and Edith Beth Winters and his brother, John Carl Fritch. A viewing will be held on Friday, March 17th, 2017, from 6 – 8 p.m. at Woods Cross Utah North Stake, 1509 West 1500 South, Woods Cross, Utah. A graveside dedication will be held the following morning, Saturday, March 18th, 2017 at Park City Cemetery at 11:00 a.m. for those who wish to attend.

Clyde David Fritch was born on October 17th, 1952 in Park City, Utah. Clyde returned to his Heavenly Father on Friday, March 10th, 2017. Clyde had a love of country. He served in the Armed Forces. He worked for the U. S. Marshall&#8217;s... View Obituary & Service Information

The family of Clyde David Fritch created this Life Tributes page to make it easy to share your memories.