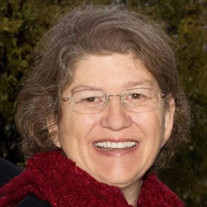 Connie was born September 1, 1960 in Salt Lake City, Utah. Connie is survived by her husband Brandon Barney. Her daughters Amanda (Kyle) Ziegler, Janeil Barney, and Kenna Barney. Her grandsons Jace and Hendrix Ziegler. Her Father James Harman, and her siblings: Jim (Julie) Harman, Linda Dastrup, Penny (Wes) Barney, Kathi (Ryan) Dial, and David Harman. Connie was preceded in death by her mother Dorothy Heywood Harman and granddaughter Lydia Ziegler. Connie grew up in West Valley City and has lived in the Salt Lake Valley most of her life. She grew up with 2 brothers and 3 sisters. Growing up, Connie loved being very active and excelled at playing sports. She was a killer on the courts as she played basketball and volleyball for Granger High School and received the All Around Athlete of the Year Award. Connie continued to be involved in sports and played church basketball, volleyball, and co-ed softball. She was extremely talented and was loved by her teammates and friends. Connie was born and raised as a member of The Church of Jesus Christ of Latter-day Saints. She remained active throughout her life, holding many callings. She will especially be remembered for her involvement in girls camp, she was a light to the girls and other leaders. Connie loved her Savior and worked everyday to be as Christ-like as she could. She was a friend to everyone and built many friendships with people both in and out of the church. She was so supportive and would jump at the opportunity to help a friend or stranger, doing or giving anything she could to others. She was so thoughtful and would never hesitate to stop by and visit someone who was on her mind. On June 16, 1988, Connie married Brandon in the Salt Lake City temple, where their family was sealed for time and all eternity. They had three daughters whom she loved and valued. Connie loved being a mother and grandmother more than any other thing she has done. She always made sure she was on the sidelines cheering on her girls at every event, she always tried to make them her priority. She was best known as “Nana” to her grandsons and would frequently be found playing basketball in the living room with the boys, running around and playing with them. Connie had a great sense of humor and you would frequently find her telling “Connie Jokes”. She was generous and kind. Connie was strong, especially through hardships in her life that seemed impossible, as she always pressed forward with great faith. Connie was a hard worker and kept going right until the end. She worked as an accountant for a trucking company, a glass company, and a title company. She was so dependable and capable. She could do anything she set her mind to and everyone went to her to be the problem solver. She was great with projects and could figure out a solution to almost anything. Connie was diagnosed with cancer of the appendix in October of 2020. She fought a valiant battle, going through various treatments that caused her great discomfort and pain. Through it all she kept high spirits and never complained. Even when she was eventually put on hospice she still said, “miracles happen” - whether that miracle was healing or passing to the other side so she could be the first to greet the rest of her family in the next life. Connie peacefully passed away on July 20, 2021 in her home surrounded by loved ones. Connie received care from The Utah Cancer Specialists, and her family extends great gratitude to Dr. Nibley and his staff, especially her favorite nurse David who was always so kind and understanding toward her. A big thank you to Intermountain Hospice as well. She was only in their care for a couple weeks but her nurse Valerie was amazing and took great care of her. All the staff that came to see her were truly wonderful. Connie was so loved and will be missed tremendously. A viewing will be held for Connie on Wednesday, July 28th, 2021, 6-8pm. The following morning on Thursday, July 29th, there will be a viewing from 9:30am-10:45am followed by memorial services from 11am-12pm. Both viewing and memorial services will be held at the Granger West Stake Center: *Google Maps: 3901 2925 South West Valley City, Utah 84120 Apple Maps: 3901 West 2925 South West Valley City, Utah 84120 *if West is added to Google maps it will lead you to an incorrect location in Magna

The family of Connie Harman Barney created this Life Tributes page to make it easy to share your memories.