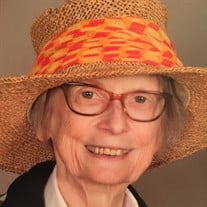 Corethia Ann Qualls died on Sunday, October 15, 2017, in Midvale, Utah. She was born on January 17, 1942, to Lucille Jackson Qualls and Malcolm Talmadge Qualls in Sparta, Tennessee. After WWII the family settled in Murfreesboro, Tennessee. Her father was working on his Master’s degree at Middle Tennessee State College when he died suddenly at age 30. Her mother eventually remarried and the family moved to Fort Smith, Arkansas, where she died in 2008. Corethia graduated from Fort Smith Senior High School in 1959. She attended the University of Arkansas as a music major and finished undergraduate work in History at Marlboro College, Vermont, in 1966. Following graduation she worked at CBS in New York City while attending graduate school at Colombia University, where she received her doctorate in the art history and archeology of the Ancient Near East in 1981. Dr. Qualls participated in archeological excavations in Cypress, Syria and Kuwait and did survey work in Syria. Later, as a Fulbright Fellow, she directed excavations in Bahrain. Since then she participated in excavations in Kuwait and Mt. Carmel, Israel. She moved to Salt Lake City in 2002, where she taught theology and art history at Judge Memorial Catholic High School for 16 years. In retirement Dr. Qualls taught classes at the Utah Ministry Formation Program of the Episcopal Diocese of Utah and the OSHER Institute at the University of Utah. She is preceded in death by her parents. Funeral services will be held at All Saints Episcopal Church, 1710 W. Foothill Dr., Salt Lake City, Utah 84108 on Tuesday, October 24th, at 5:00 p.m. In lieu of flowers, donations may be made to The INN Between, the only hospice for the homeless in the country, 340 Goshen St., Salt Lake City, Utah 84104.

The family of Corethia Ann Qualls created this Life Tributes page to make it easy to share your memories.