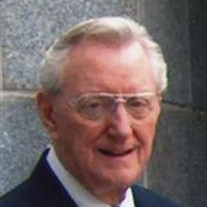 Craig Kimball Mayfield, 86, died with family members in his home July 31st, 2013 of cancer in his liver and lungs. Born March 17th, 1927 in Aberdeen, Washington to John Bowman Mayfield and Doris Kimball Niece. Baptized 60 years ago (August 1st, 1953) in Eugene, Oregon. Then married Elaine Ward, September 17th, 1954 in Logan, Utah. Educated at Washington High School, Portland, Oregon; Taft High School, Lincoln City, Oregon; R.A. Long High School & Lower Columbia Junior College, Longview, Washington where he was elected vice president and University of Oregon, MBA; Brigham Young University where he was the first person in the history of BYU to receive a doctor’s degree. Active in sports; football, basketball, and track in high school and college. Ran two marathons after the age of 50. Joined the Church of Jesus Christ of Latter-day Saints at the age of 26, served twice as a bishop in Hawaii & Provo; counselor in BYU stake presidency, and 7 missions in South America with his wife, which included interim Mission President in Argentina and President of the Missionary Training Center in Bogota, Columbia. Served as temple officiator in the Logan, Hawaii, and Provo temples, was a recipient of the Master M-Man award. Taught at the University level, including 5 years at BYU-Hawaii, and 19 years at BYU-Provo, where he retired early and began serving missions. One of his greatest joys was having loved ones come and live with them. They cared for Elaine’s mother, Callie, for 13 years, Craig’s step-mother, Edna Mayfield, for 10 years, and numerous grandchildren who lived with them from 9-18 months. His joy was having family around. He is survived by his wife, Elaine Ward Mayfield; his son, Dean Ward Mayfield (Cherie) of Columbus, Ohio; and two daughters, René Mayfield Kesler (Michael) of Glens Falls, New York and Jan Mayfield of Provo, Utah; brother Paul Brandis of Washington; and Barbara Seid of Hawaii; 10 grandchildren, and 4 great-grandchildren. Special thanks to Nancy Trapnell of Encompass Hospice. Funeral Services will be held at the LDS Church at 4056 Timpview Drive, Provo on Saturday, August 3rd, 2013 at 11:00 am with a viewing from 9:45-10:45 am. There will also be a viewing Friday, August 2nd from 6-8:00 pm In lieu of flowers, he requested donations be made to the Perpetual Education Fund.

The family of Craig Kimball Mayfield created this Life Tributes page to make it easy to share your memories.

Craig Kimball Mayfield, 86, died with family members in his home...