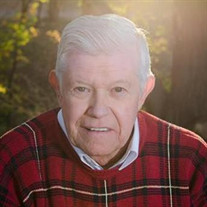 D. Craig Sampson 1943 – 2017 D. Craig Sampson, a man of love, laughter, and service, passed away on May 24, 2017, after an 11 year battle with Alzheimer’s Disease. Craig was the 10th and final child born to Crystal Jorgensen and Dewey Sampson on December 10, 1943. He was born and raised in Richfield, Utah. Craig served an honorable, full-time mission in the Southern France Mission of the Church of Jesus Christ of Latter-Day-Saints. He attended BYU and graduated with a Master of Science Degree in Child Development and Family Relations, afterwards enrolling in BYU’s Marriage & Family Therapy doctrinal program. Craig served in the United States Army and was deployed to Vietnam where he became a war correspondent, recording the history of the Vietnam War. The remainder of Craig’s career was spent as a Marriage & Family Therapist and a college professor, where he loved to teach Psychology, Communications, and especially Early Childhood Development. Craig was a devoted member of the Church of Jesus Christ of Latter-Day-Saints, where he valiantly served in many capacities within the ward, stake and later in the Provo, Utah Temple. Craig had a life-long thirst for knowledge and truth. He was an avid reader and extremely knowledgeable in the scriptures. Craig has seven children and 19 grandchildren, soon to be joined by 2 more. His children are Destin (Nicole), Christian (Naomi), Jed (Emily), Genevieve (Chris), Samuel, Andrew (Candace), and Kjerstin (Rob). Craig was a wonderful father and grandfather - and loved to play and have fun with his children. He had a wonderful sense of humor and made many happy memories with his children doing simple things like: camping, rafting, and tubing in the snow. Craig and Marla were married and later sealed in the Atlanta, Georgia temple. They enjoyed traveling to see family and loved spending time with their grandchildren. They loved attending movies, plays, & musical performances. They especially loved camping and being in the outdoors. They purchased and renovated a home together – discovering how much they enjoyed and had fun working with one another. Craig is survived by his wife, Marla, his seven children, 21 grandchildren, and 2 brothers: John and Ballard Sampson. We wish to extend a special thanks to the Central Utah VA Home and the loving care of the angels on the 600 Unit. Funeral services will be held 11:00 am, Thursday, June 1, 2017 at the LDS Church at 586 W 1750 S, Payson, Utah. There will be no public viewing. Burial will take place 3:00 pm Thursday at the Utah Veterans Memorial Park, 17111 South Camp Williams Road, Bluffdale, Utah.

The family of D. Craig Sampson created this Life Tributes page to make it easy to share your memories.