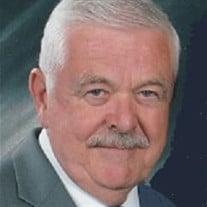 Dale J Hartvigsen (78), lovingly known as “Pa,” passed away peacefully surrounded by loved ones after courageously battling leukemia for 20 months. Dale was born in 1941 in Pocatello, Idaho, to Elmer J. and Marie Hartvigsen. He spent his early years on the farm in Downey, Idaho; it always held a special place in his heart. He graduated from Bountiful High in 1959. Shortly after, he joined the United States Coast Guard. After serving his country, Dale was blessed to serve a mission for the Church of Jesus Christ of Latter-day Saints in his ancestral home of Norway. He loved the Norwegian culture and remained fluent in the language throughout his life. After his mission, Dale received a Bachelor’s Degree from BYU and Master’s Degree in education from the University of Utah. He enjoyed teaching and being a principal for the next 30 years where he was known as “Mr. H.” While working for Granite School District he made many life-long friends including the love of his life Jill Hubbard. They were married in 1976. His love of education and learning led him to author several books. He enjoyed trailering, traveling, and spending time with family and friends. He served in various callings throughout his life and always carried a strong testimony of the gospel of Jesus Christ. His greatest accomplishments were his five children and ten grandchildren. He was so proud of his grandchildren and loved and cherished each one. He was preceded in death by his parents Elmer J and Marie Hartvigsen, four siblings Paul, Jay, Ned, and Anna Jean Brown. Survived by his wife, Jill. Children: Marie (Chris) Cregar, Harris, Travis (Tami), Eric (Amanda), Molly (Mark) Law. Grandchildren: Grace, Dylan, Kiley, Alli, T.J., Jaxton, Kelton, Hudson, Parker, and Ruby. Brothers: Don (Dorothy) Hartvigsen, John (Deanna) Hartvigsen. Sister, Shirley (Wayne) Harris. Brothers in Law: Frank Brown, Jeff (Lisa) Hubbard. Sisters in Law: Jean Hartvigsen, Elizabeth Hartvigsen. A viewing will be held Friday, January 18, 6:00-8:00 at the West Point 3rd Ward meetinghouse at 3290 West 800 North in West Point, and Saturday, the 19th at 9:30-10:30 a.m. Funeral services will follow at 11:00. Interment will be at the West Point Cemetery. Special thanks to the medical staff at the Loveland Clinic at LDS Hospital who gave us an additional 20 months with our “Pa.” And a special thanks to the members of the West Point 3rd Ward who rendered countless acts of service and love.

Dale J Hartvigsen (78), lovingly known as &#8220;Pa,&#8221; passed away peacefully surrounded by loved ones after courageously battling leukemia for 20 months. Dale was born in 1941 in Pocatello, Idaho, to Elmer J. and Marie Hartvigsen. He... View Obituary & Service Information

The family of Dale J Hartvigsen created this Life Tributes page to make it easy to share your memories.