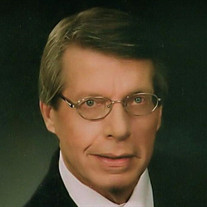 Daniel Joseph Keenan passed away peacefully on Tuesday, August 24, 2021 surrounded by his beloved wife Helen, devoted niece Cathy, and great-nieces and nephews. Dan was born on March 22, 1941 in Barberton, Ohio to Thomas F. Keenan Jr. and Helen I. Plavsic. He graduated from St Mary’s High School in Akron, Ohio and John Carroll University in Cleveland. A Vietnam veteran, Dan served twenty-four years in the U. S. Army, retiring as a Lieutenant Colonel. He loved music, especially all things Sinatra and had a life-long enthusiasm for theatre; performing in several plays beginning with the starring role in his senior class play, The Mikado. Dan was preceded in death by his parents, his sister Peggy and his brother Terry, Dan is survived by Helen Gamble Keenan, his wife of 39 years, and her son Scott Barclay who always called him ‘Pops’; siblings Sally Sanders (Vic), Colleen Utecht (Dan), Rosemary McClellan (Al), and David Keenan (Michele); several cousins and many nieces, nephews, great nieces and great nephews. Dan is also survived by another sibling and 2 children. As sometimes happens in life, they drifted apart. He shared with his hospice nurse near the end of his life that he loved them very much. His family wishes to thank the nurses, CNA’s, staff, and volunteers at the George E Wahlen Veteran’s Home and the Nurses and CNA’s at Bristol Hospice for the excellent care and compassion he received in the last weeks and days of his life. Although his rich deep voice is now silenced, we will forever hear him in our hearts.

The family of Daniel Joseph Keenan created this Life Tributes page to make it easy to share your memories.