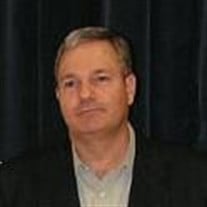 Daniel Leroy Millet, was born January 10, 1955 in Salt Lake City, Utah to Denton and Dorothy Millet. Dan was the third child in what would become a family of seven siblings. He grew up and lived most of his life in the Salt Lake County area. He graduated from Cottonwood High School and attended Salt Lake Community College where he obtained his Certificate in Auto Mechanics. Dan started working during the summers of his youth in his father’s cement finishing business along with brothers; where he learned the value of hard work and developed his laboring skills. Dan had a tremendous entrepreneurial spirit and started several businesses early in life where he expressed a strong determination for success, courage, and creativity. He met his wife, Kristine Elaine Bronson, at one of his places of employment in his mid-twenties, were they fell in love and married September 23, 1980 and began their 40-year marriage together. Dan had many interests, and in particular, he loved music, and taught himself to play the guitar. He composed many of his own songs which he loved to play to entertain the family and our community. Music has always been a significant part of his life, and he also composed a special song for his wife to express his feelings to her. Dan and Kris have a son, Brian Dee Millet. Due to some special needs, Dan and Kris united to pour in much love and effort to raise Brian into a successful and caring part of their family. Dan’s family was really the center of his life, and most of his activities and efforts were spent in caring for and spending time with them and enjoying family time together. He was a support to his extended family in many ways, and often helped in fixing their cars with his mechanic skills, and saving them money, which was a great help and deeply appreciated. Dan, unfortunately, did not enjoy good health later in life, and this limited much of what he could do. In spite of this he continued to take care of his family and see to their needs and care. Dan was eventually overcome by natural causes resulting from a weakened heart and passed away August 28th, 2020 at the age of 65. Dan and Kris were sealed in the Salt Lake Temple and he has now returned home to his Heavenly Father. Dan is survived by his wife Kris; and their son Brian; Dan’s mother Dorothy, and his sister Dorothy; his brothers, Darwin, Ben, Dave, Steve and Joe. Funeral services will be held at 2:00 PM., Saturday, September 5, 2020, at the Premier Funeral Home, 67 East 8000 South, Midvale, Utah. A viewing will be held from 1:00 to 2:00 PM prior to the services at the same location. Interment at the Elysian Gardens Cemetery will be Tuesday September 8th, 2020 at 2:00 PM.

Daniel Leroy Millet, was born January 10, 1955 in Salt Lake City, Utah to Denton and Dorothy Millet. Dan was the third child in what would become a family of seven siblings. He grew up and lived most of his life in the Salt Lake County area.... View Obituary & Service Information

The family of Daniel LeRoy Millet created this Life Tributes page to make it easy to share your memories.