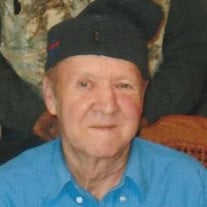 Our loving husband, father, grandfather, great-grandfather, son, uncle, brother and friend, Daniel (Danny) Wayne Osborne, passed away peacefully in his sleep on Saturday, September 26, 2015. We can only imagine the joyous reunion he is having with his loved ones who have passed on before him, especially his four children (Daniel, Jamie, Eric & Travis). Danny was born on February 9, 1944 in Santa Monica, California to Leslie Jane Osborne and Mattie Bell Jackson. He married his first dear wife, Shirley, in the 1960s and they lived together in Southern California for many years. It was there that they brought their son, Daniel, into the world. When Shirley tragically lost her battle to cancer in 1989, Danny moved to the Provo Valley where he found and married his sweet wife, JoAnn Jacobson Burns in 1993. They enjoyed many happy years together full of love and laughter. Danny was a very smart, self-taught person. If you needed anything fixed, he was the man to do it. He especially loved working on motorcycles. He did everything from designing motorcycles, to building them, fixing and racing them. He loved building things from scratch and once helped build an airplane and flew it. Along with being a mechanic in Southern California, he worked as a machinist at Kilo in Provo for many years. We could go on forever with this special man’s talents and how he was a “Jack of all trades”. Aside from his deep love for machines, he loved his children and grandchildren most of all. He loved to tell stories of his childhood and life adventures to his loved ones. He was always cracking jokes and making people laugh. He truly had a heart of gold. We will surely miss his funny sense of humor and his knuckle sandwiches. We love you!! You may be gone, but you will never be forgotten. Danny is preceded in death by his late wife, Shirley; his brother, James; his sons, Daniel, Eric and Travis; his daughter, Jamie; his son-in-law David; and his beloved parents and grandparents. He is survived by his dear wife, JoAnn; daughter-in-law Vickie; granddaughter Sarah; his grandchildren Heidi (Michael), Heather (Gabe), Hailey, Zachary, HannaJo, Shantel (Evan), Eric Jr. and Braden; his great grandchildren, Autumn, Aaden, Mason, Madelyn, Ezra, Rylee and Linkin; and his loving sister, Pat; and many other family members and friends. A remembrance to celebrate Danny’s life will be from 1:00 to 4:00 pm, Sunday, October 4, 2015 at 949 West 1020 North, Provo, UT. Friends and family are invited to come during those hours to offer their condolences. We would also like to thank Maple Creek Hospice for the amazing care that was given to our Danny. The whole staff really went out of their way to make sure he was comfortable and out of pain. We'd especially like to thank Doug, Charity and Karma for being so kind and understanding.

Our loving husband, father, grandfather, great-grandfather, son, uncle, brother and friend, Daniel (Danny) Wayne Osborne, passed away peacefully in his sleep on Saturday, September 26, 2015. We can only imagine the joyous reunion he is having... View Obituary & Service Information

The family of Daniel "Danny" Wayne Osborne created this Life Tributes page to make it easy to share your memories.