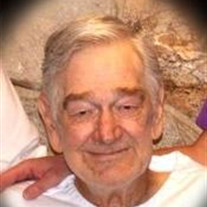 Our Silver-haired Daddy Our beloved David passed away at his daughter Lisa&#8217;s home in Orem, Utah on Dec 1,2012 after a long battle with prostate cancer. Albert David Christensen was born Aug 13, 1936 in rural southeastern... View Obituary & Service Information

The family of David Christensen created this Life Tributes page to make it easy to share your memories.

Our Silver-haired Daddy
Our beloved David passed away at his...