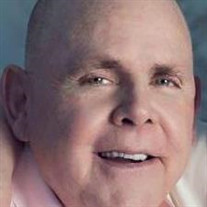 David Whitney Morrison 1945 - 2017 David W. Morrison loving husband, father, grandfather, brother and friend was born May 28 1945 to John E. Morrison, Jr. and Ruth Constance Holland. He passed away peacefully after a long battle of heart and lung disease on June 12, 2017. He graduated from Bayshore High School in NY in 1964. He later attended Nicholls College and served in the US Navy. Dave met his sweetheart Susan Claire Wolff on a blind date. They married September 5, 1970 in New York. In 1973 Dave and Sue joined the LDS church in Florida and moved out to Utah. Later sealed in the LDS temple for all time and eternity in June 1974. Dave was one of Utah's premier and top selling insurance agents. He formed incredible relationships wherever he went. He served as a bishop and on the high council for the LDS Church as well as in numerous young men presidencies. He had a love for the youth and devoted his life to serving the youth of his church. He was the LA Dodgers # 1 fan and he would tell you that he played for the Dodgers from 1964-1966, but his family knew he was really just the bat boy. He was an avid Jazz fan and a former member of the Utah Jazz 100 club. He loved the Utes, the Jets, and the Cowboys. He had a deep testimony of his Savior Jesus Christ and His atonement and was often found asking youth "what would you do if you had 24 hours with the Savior?" now he has the opportunity to find out for himself. He loved spending time with his wife, children and spoiling his grandchildren. Our family wishes to express our love and gratitude to neighbors and members of the Daybreak 7th ward who helped our husband/dad over the many years of his health struggles with countless hours of service. Special thanks to the staff of Quality Hospice and the loving, kindness they showed him and our family. He is survived by his wife Sue, brother John (Sue), 5 children Jason (Lezlie), Holly (Steve), Stacey (Jake), Nicole and Scott (Fiancé Bree), 12 grandchildren Ben, Raegan, Brigham, Romney, Reggie, Brody, Sam, Carter, Jack, Cole, Chace and Luke. A viewing will be held on Friday, Jun 16, 2017 from 6-8 pm. Funeral services will be at 11:00 on Saturday, June 17, 2017 with a viewing prior at 9:30. Daybreak 7th Ward 4137 W. Foxview Drive, South Jordan, UT.

The family of David Whitney Morrison created this Life Tributes page to make it easy to share your memories.