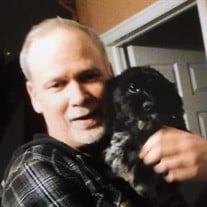 David Wayne Phillips David Wayne Phillips passed away at 47 years old in Salt Lake City, Utah on May 8, 2017. Born to William Henry Phillips Sr. and Judy Faye Elledge on October 7, 1969 in Petaluma, California. He married the love of his life, Athena, on April 22, 2014. Together they became the parents of their dog, Lucy, and bunny, Bailey. He is survived by his wife, Athena Phillips; mother, Judy Faye elledge; sister, Julie and husband David Byron; brothers, Russell Phillips, and Bill Phillips Jr.; step-children, Taylor Davis, Michaela Davis and her boyfriend Christopher Wade; grandchildren, Averi and Ryven. In his previous marriage, Dave is survived by children, Nick, Amy and Lynn. Predeceased are his grandfather, Russell Williams Phillips; grandmother, Mary Addelyne Phillips; father, William Henry Phillips Sr. Dave was an exceptionally hard worker and long-haul driver for over 20 years. He had a passion for cars and put a lot of that passion into working on his 1970 Chevy Nova. He loved to watch NASCAR in his favorite recliner. Dave had a naturally quiet demeanor but could relate to anyone in a conversation and be the thrill of the room. He had a laugh that made his blue eyes sparkle and made you feel like you had been friends with him your whole life. He was always full of dreams and aspirations and always wanted his wife to have the best. Dave was very tough and stood up for what he believed in. He always strived to be someone the people he loved were very proud of. Dave is be forever cherished and honored in every laugh and tear we share, we will hold each other close and always love and remember him. “I walk down memory lane because I know I will meet you there.” – Unknown It is with heavy and full hearts that we pay our respects at Dave and Athena’s home on June 3rd, 4 – 7 pm, 2963 South Flair Street, West Valley City, UT 84120. In lieu of flowers, memorial donations may be made to a GoFundMe created for Athena Phillips in this time of loss: https://www.gofundme.com/help-for-athena-loss.

David Wayne Phillips David Wayne Phillips passed away at 47 years old in Salt Lake City, Utah on May 8, 2017. Born to William Henry Phillips Sr. and Judy Faye Elledge on October 7, 1969 in Petaluma, California. He married the love of his... View Obituary & Service Information

The family of David Wayne Phillips created this Life Tributes page to make it easy to share your memories.

David Wayne Phillips passed away at 47...