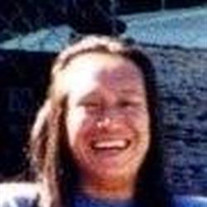 In Memory of DELBERT LAWRENCE JAMES Delbert "DJ" Lawrence James, 45, passed away September 7, 2015 in Magna, Utah surrounded by his loving Family and Friends. Delbert was born February 4, 1970 in Salt Lake City, Utah to David and Susan James. Delbert enjoyed the outdoors, music, movies, traveling and spending time with his friends and family. Delbert was a fun, free Spirited person that couldn’t stay in one spot for long and was always on the go. He put on a tough exterior, but had the biggest heart. He was kind and funny, had a great sense of humor, a contagious smile and loved to tell Jokes. He spoiled his nieces and nephews by playing soccer and football with them, they called him, "Unkie Delbert." He was a unique and outgoing individual and will be deeply missed and has left a huge void in our hearts. Survived by; his mother, Susan James. His siblings; Floyd James, Joni (Kevin) Briggs, Toni (Gaspar) Irizarry, Teresa (Richard) Santistevan, Denise James, Shannon (Mike) Newton-Nagel, and Selis (Albert) Dixey-Blackmon, Anissa Ieromnimon and many nieces and nephews. Preceded in death by his father, David James, Sr., his brothers, David James, Jr., and Robbie James. A Catholic Mass will be held on October 31, 2015 at 1:00 pm at St. Francis Xavier Catholic Church, 4501 West 5215 South Kearns, UT 84118. Donation's may be made to: https://www.gofundme.com/sw3ndpg8 or www.premierfuneral.com, www.valleyviewmemorial.com

The family of Delbert L James created this Life Tributes page to make it easy to share your memories.