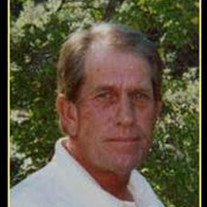 Dennis Preston Swapp, beloved husband, father, brother, uncle and friend, was born in Provo, Utah, on September 2, 1953, and passed away on October 23, 2011, in Santaquin, Utah. He found fulfillment in a love of the outdoors, pride in his work, and the joy of a loving family. Raised in California, Dennis spent childhood summers at his grandmother’s home in Provo, where his uncles took him fishing, hunting and camping. Utah’s canyons brought contentment to Dennis throughout his life, and he eagerly shared these canyons with his closest friends and family. Dennis took great joy and pride in his work with concrete. He was talented and meticulous in his craft. The care and the skill he exercised can be found throughout Utah Valley and beyond, in countless sidewalks and curbs, roads and roundabouts. Above all, his happiness was in his family. Dennis almost never missed his children’s baseball games or dance performances, and was never without a smile in his wife’s presence. His selflessness and generosity were unparalleled. Dennis is survived by his wife of 33 years, Madeleine; his children Tyler (Jennifer), Devin, and Rachael (Daniel) Gray; his siblings, Karen (Barry) Conner, and David (Yvonne); and cat, Z. He was preceded in death by his parents, Joyce and Doyle Swapp. Dennis will be missed and loved always. The family would like to express its gratitude to the staff of UVRMC, Dr. Nathan Rich, Dr. James Woodmansee, Brian Platt, Bill Gray, Tim Grotegut, and Shane Rosenberg. Funeral services will be held on Saturday, October 29, 2011 at 11:00 a.m. in the church located at 591 Summit Ridge Parkway off the south exit in Santaquin, Utah. Viewings will be held at the same address on Friday October 28, 2011, from 6:00 to 8:00 p.m., and on Saturday, from 9:45 to 10:45 a.m.

Dennis Preston Swapp, beloved husband, father, brother, uncle and friend, was born in Provo, Utah, on September 2, 1953, and passed away on October 23, 2011, in Santaquin, Utah. He found fulfillment in a love of the outdoors, pride in his work,... View Obituary & Service Information

The family of Dennis Preston Swapp created this Life Tributes page to make it easy to share your memories.